Image Comics’ CHEW marks the first quarter of its run with a special 15th issue.

AFTER THE FIRST COURSE
Image Comics’ CHEW marks the first quarter of its run with a special 15th issue
Berkeley, CA – 9 June 2010 – CHEW is a certified hit, and to celebrate CHEW’s 15th issue, which marks the end of the first quarter of the book’s run and hits store shelves September 29, writer John Layman and artist Rob Guillory are thanking fans with a slew of special features.
“We wanted to do something really special for CHEW #15,” says Layman. “Honestly, we never thought we’d make it this far, and we wanted to do something above-and-beyond for the fans and retailers who have supported us.”
Layman adds, “We’re going 60 issues, and CHEW #15 is the quarter mark of the run. This is a big issue in a lot of ways. We introduce the last two remaining major supporting characters in the book, which would be eventful enough. But there are also a couple of shocking events — one so big, it’s really going to fundamentally change the book. So, we thought we’d commemorate the issue with something special. Extra pages. A tri-fold poster cover. And we’re giving you all the goodies for $2.99 — the same price as a regular issue of CHEW!”
“Nothing will be the same after CHEW #15,” declares Guillory. “That’s not hype. Not a gimmick. The status quo of this book is about to be annihilated.”
CHEW #15 is the final chapter of “Just Desserts” and the biggest story in CHEW history, figuratively and literally. As we reach the one-quarter mark of the CHEW run, the last remaining major characters are introduced and an event transpires that is so shocking and unexpected it changes the book forever, fundamentally and irrevocably.
CHEW #15, a full-color 32-page comic book from Image Comics featuring more story pages and a tri-fold poster cover, will be available for $2.99 on September 29, 2010.
Image Comics is a comic book and graphic novel publisher founded in 1992 by a collective of best-selling artists. Image has since gone on to become one of the largest comics publishers in the United States. Image currently has five partners: Robert Kirkman, Erik Larsen, Todd McFarlane, Marc Silvestri and Jim Valentino. It consists of four major houses: Todd McFarlane Productions, Top Cow Productions, Shadowline and Image Central. Image publishes comics and graphic novels in nearly every genre, sub-genre, and style imaginable. It offers science fiction, romance, horror, crime fiction, historical fiction, humor and more by the finest artists and writers working in the medium today. For more information, visit www.imagecomics.com. 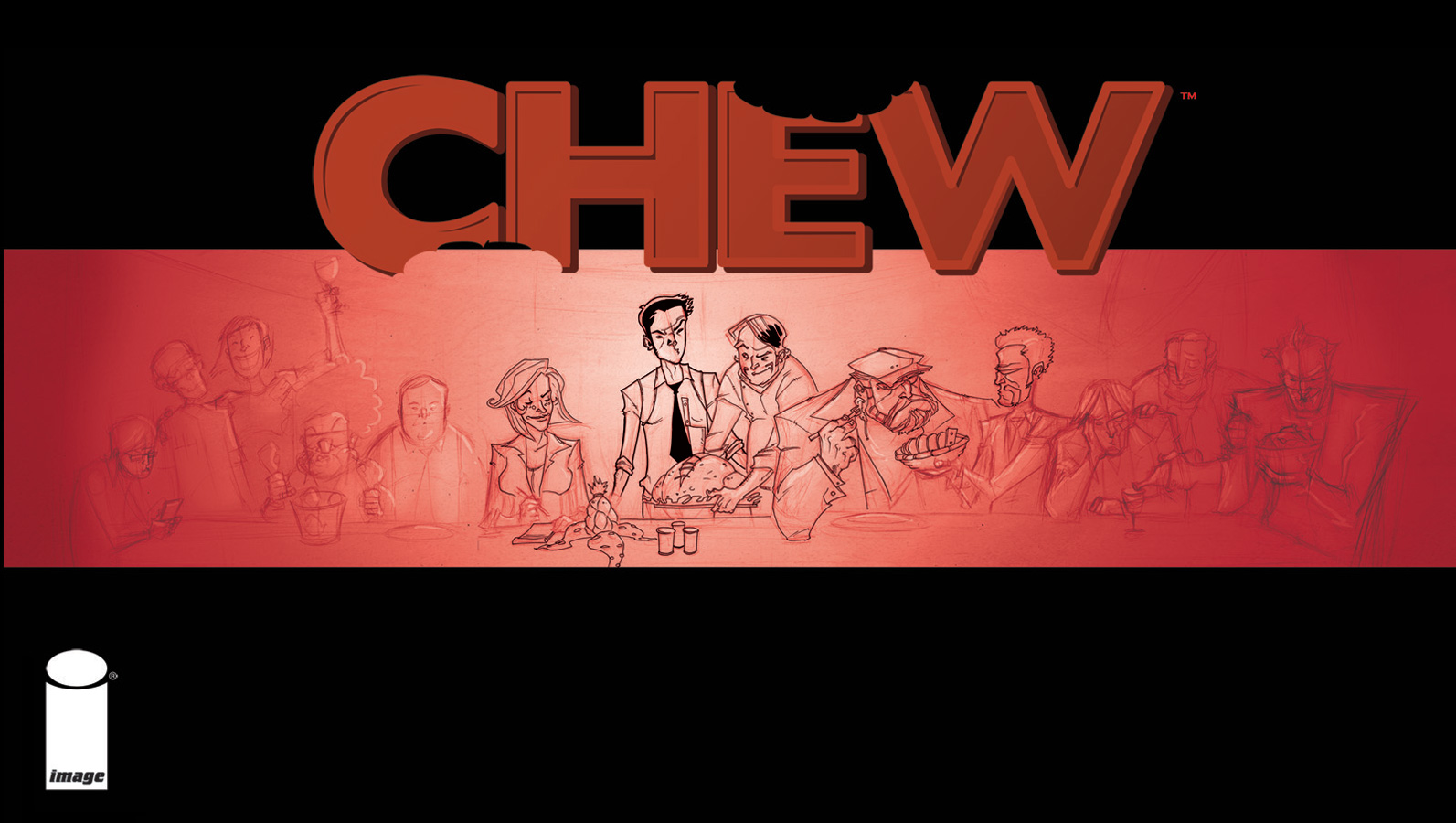