New York, NY—January 15th 2014— Gear up for a Spider-Man epic unlike any other in Amazing Spider-Man: Who Am I? – the latest game-changing Infinite Comic hitting digital devices this April! Following hits like Wolverine: Japan’s Most Wanted, Iron Man: Fatal Frontier, and the recent Deadpool: The Gauntlet, AMAZING SPIDER-MAN: WHO AM I? is designed specifically for mobile devices and fully embraces the technological opportunities. Representing the latest form of comic book storytelling using tablets and smartphones as a new canvas, each new Marvel Infinite Comic continues to take advantage of modern technology while staying true to the medium’s greatest strengths!

“The story starts with Peter Parker having lost all of his memory. He doesn’t know who he is. He’s in the process of robbing a bank,” says series writer Joshua Hale Fialkov in an interview with Marvel.com. “If you remove identity and get to the core of who Peter Parker really is, is he a hero? Would he act as a hero, when presented with the opportunities of a villain?”

Fueled by the overnight success of Infinite Comics, and combined with the demand from fans and creators who saw a world of infinite potential in this new format, these stories are designed specifically for mobile devices and fully embracing the technological opportunities.

With a freshly returned Peter Parker seemingly turned to a life of crime, what does this mean for the hero once known as the Amazing Spider-Man? Find out in AMAZING SPIDER-MAN: WHO AM I? this April!

Available right at your fingertips, these new Infinite Comics will be available for purchase this May on the Marvel Comics app (for iPhone®, iPad®, iPod Touch® & AndroidTM devices) and online in the Marvel Digital Comics Shop! 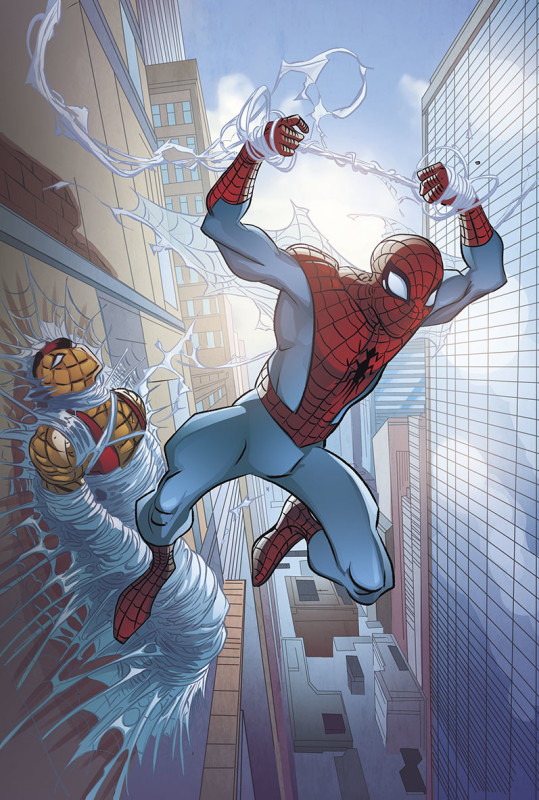