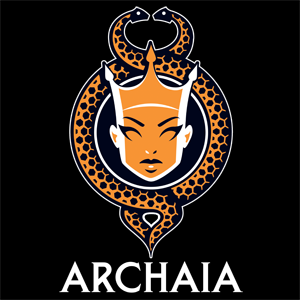 HAWKEN and Archaia Get Graphic Together

SEATTLE, WA (EMERALD CITY COMICON/March 31, 2012) – Meteor Entertainment and Eisner Award-winning publisher Archaia Entertainment have teamed up to produce and publish a hardcover graphic novel for HAWKEN, Meteor’s upcoming First-Person-Shooter (FPS). HAWKEN is already generating major online buzz as a fan-favored underdog within the gaming community. Produced by Adhesive Games, an independent game studio based in Pasadena, HAWKEN has been praised for groundbreaking gameplay and visuals that rival
most AAA console titles. HAWKEN is the first title from indie publisher Meteor Entertainment.

Meteor is holding a panel at Emerald City Comic Con in their hometown of Seattle, WA on Saturday, March 31st from 12:00 PM – 1:00 PM in Room TCC 102 in the Washington State Convention Center. Representatives from both Meteor and Archaia will share more details about their publishing partnership and hint at some big announcements for Archaia’s next appearance in Chicago, IL at C2E2, in Chicago April 13-15, 2012. 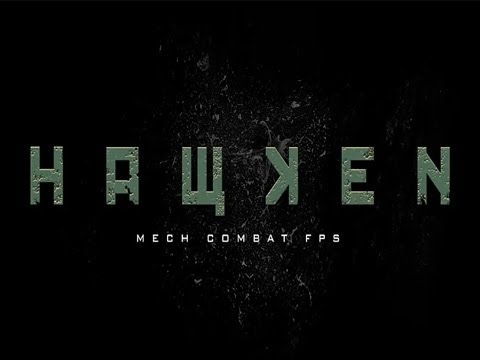 HAWKEN is the story of a post-apocalyptic, human-colonized planet that has been industrialized to the point of collapse. This crumbling world is the setting for a hunt for vital resources and a brutal battle for survival. Writing the graphic novel for Archaia is Jeremy Barlow, whose recent work on the Mass Effect 3 comic books made him an easy choice for another high-profile games-to-comics translation. In addition to Barlow’s script, Archaia is assembling a team of popular artists, including Moritat (Elephantmen, Transmetropolitan), Stefano Gaudiano (Daredevil, Amazing Spiderman), and Khang Le (Flight), with more names to be announced at C2E2.

Eisner Award-nominated Flight writer/artist and Adhesive Games co-founder Khang Le crafted HAWKEN’s vast mythology, which was later extrapolated alongside DJ2 Entertainment, a new LA-based production company that specializes in transmedia brand development.  “It’s amazing to look around and see so many trusted friends
behind HAWKEN. With 1.2 million views on YouTube and 250,000+ users already registered for our 12/12/12 beta release, it’s hard to believe how far we’ve come,” said Le. “Just goes to show that, with a great team behind you, anything is possible.”

The graphic novel is set to release in March 2013 following the 12-12-12 beta release of HAWKEN the game. While the game showcases the visually stunning and high action FPS experience, the graphic novel will expose the world’s vast mythology and explore the key characters and events motivating the war in-game. Reading the
graphic novel is designed to not only serve as a narrative counterpart to the game, but also enrich the gaming experience with secret clues and codes that unlock special features in-game. “We wanted to do something special in publishing, but we needed a partner with enough artistic integrity and proven quality to pull it off,” said Mark Long, game veteran and CEO of Meteor Entertainment.

The Meteor-Archaia partnership was facilitated by Joe LeFavi of Quixotic Transmedia, who spearheads business development for Archaia’s Black Label division, a unique development pipeline designed to work alongside entertainment brands eager to launch and expand into publishing. “What excited us most about Hawken was their determination to revitalize, if not redefine, how people see and appreciate mechs,”said LeFavi, who will serve as executive editor and Archaia’s transmedia producer on the book. “Boasting influences from Blade Runner and Tekkonkinkreet to Nausicaä and Ghost in the Shell, Hawken is a breathtaking portrait of a war-torn world where greed is good, war is life, and survival is for the few with the most ammo. To find such a gritty and grounded vision of our future was inspiring. Sure, the game is gorgeous and really fun, but Meteor isn’t simply creating a great game. They’re creating an entire universe fans can enjoy and explore for years to come.”

About Archaia
Archaia is a multi-award-winning graphic novel publisher with more than 50 renowned publishing brands, including such domestic and international hits as Mouse Guard, Return of the Dapper Men, Gunnerkrigg Court, Awakening, The Killer, Days Missing, Tumor, Syndrome, Artesia, The Engineer, and an entire line of The Jim Henson Company graphic novels. Archaia has built an unparalleled reputation for producing meaningful content that perpetually transforms minds, building one of the industry’s most visually stunning and eclectic slates of graphic novels. Archaia was named Graphic Novel Publisher of the Year according to Ain’t it Cool News, Graphic Policy and Comic Related, and was honored with nine 2011 Eisner Awards nominations. Archaia has also successfully emerged as a prolific storyteller in all facets of the entertainment industry, extending their popular brands into film, television, gaming, and branded digital media.

About Quixotic Transmedia
Quixotic is an entertainment consultancy that specializes in transmedia brand development, formulating innovative strategies and turnkey creative solutions that inspire brands to unearth their cross-platform potential. As the business of storytelling continues to evolve, Quixotic Transmedia is committed to serve as a
trusted guide for brands eager to develop, produce, and promote their ideas across multiple forms of media. Here we provide a friendly and informed perspective on the transmedia space, enabling our clients to overcome the bewildering learning curve and seize the many opportunities of this ever-evolving marketplace. Our unique
process is designed to educate brands on how to produce rich content incorporating media both new and old, utilize emerging technologies and social media as dynamic storytelling and marketing tools, and open an array of accessible entry points that engage fans on multiple levels. In support of this mission, Quixotic has fostered a
vast network of quality vendors in every facet of the industry, ensuring that clients make the right friends and align their brands with industry pioneers capable of bringing their ideas to life. Learn more about how you can change the way that you share stories with the world at www.quixotictransmedia.com.