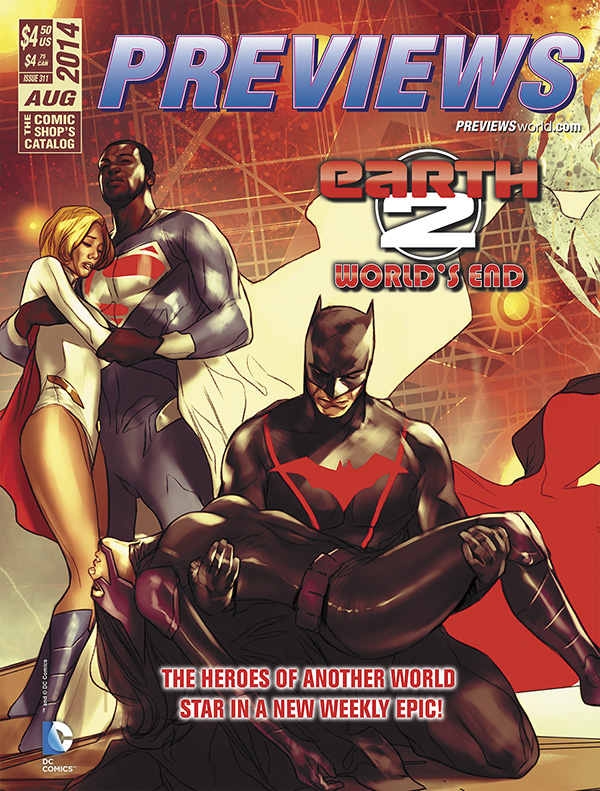 ON OUR FRONT COVER: The return of Power Girl and Huntress to their homeworld has dire consequences in DC Entertainment’s newest weekly series, Earth 2: World’s End.

ON OUR BACK COVER: Scott Snyder and Jock, the acclaimed team behind Batman: The Black Mirror, reteam for a new supernatural horror series from Image Comics, Wytches.

How to Draw Month — For the aspiring artist in all of us, PREVIEWS offers a wealth of “how-to” books from a variety of publishers that will satisfy every artistic inclination and teach you what you need to know to succeed.

On The Flip Side — Frank Cho, the fan-favorite artist of Liberty Meadows and numerous Marvel comics, talks to PREVIEWS about his new instructional book offered in this month’s catalog, Drawing Beautiful Women: The Frank Cho Method.

Indie Edge — James Tynion IV, the co-writer of Batman Eternal for DC Entertainment and the writer of The Woods for BOOM! Studios, talks about the projects he’s working on, how Batman Eternal is created, and which books he’s reading today. 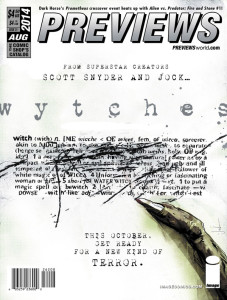 Gems of the Month — August’s PREVIEWS Gems of the Month include: Dark Horse Comics’ Alien Vs. Predator: Fire and Stone #1, which pits the crew of a starship against both Aliens and Predators; DC Entertainment’s Arkham Manor #1, in which Batman must solve the murder of inmates in Arkham Asylum; IDW Publishing’s Teenage Mutant Ninja Turtles/Ghostbusters #1, the long-awaited crossover between two of the ’80s biggest franchises; Image Comics’ Rasputin #1, a new horror series by Proof‘s Alex Grecian and Riley Rossmo; and Marvel Comics’ The Death of Wolverine: The Logan Legacy #1, an examination of his loss and its effect upon the Marvel Universe.

PREVIEWS Exclusive Apparel — This month PREVIEWS offers more exclusive apparel that can be found only at your comic shop than ever before! Rocket Raccoon is full of furry attitude on the Guardians of the Galaxy: Bro Bandit shirt, and you’ll be ready for a day at work with the Army of Darkness: S-Mart t-shirt. These and many more shirts can only be found in PREVIEWS, so be sure to order them from your local comic book shop and refresh your wardrobe!

Plus: Staff Picks, the month’s Certified Cool books, the monthly Bestseller Charts, and so much more!

All this awaits you in the August edition of PREVIEWS, which goes on sale at your local comic shop or specialty store on Wednesday, July 23rd with a cover price of just $4.50.

ABOUT DIAMOND COMIC DISTRIBUTORS (DCD)— Diamond is at the nexus of comics and pop culture merchandise. Based in Baltimore, MD, DCD is the world’s largest distributor of English-language comic books and pop-culture related merchandise, servicing more than 4,000 specialty retailers worldwide. For more information, visit Diamond on the web at www.diamondcomics.com. 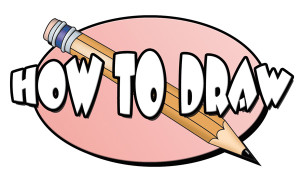