Check out Cable’s reprint cover and more inside!

Cable #14 Sells Out and Returns With a Second Printing!

Marvel is proud to announce that Cable #14 has sold out at Diamond (though copies may still be available at a retail level) and will return with the release of Cable #14 Second Printing Variant. Acclaimed writer Duane Swierczynski and artist Ariel Olivetti continue “Messiah War”, the highly anticipated sequel to “Messiah CompleX”, as Cable and X-Force team up in the future! Stryfe captured Hope, but just because Cable’s been separated from the Mutant Messiah, doesn’t mean he’s about to give up! Time is running out for the X-Force – can they find their way out of a deadly trap before it’s too late? Cable #14 Second Printing Variant  features the interior art of Olivetti on an exciting new cover!

Fans and critics are raving about Cable #14:

“…hands-down some of the finest writing that Swierczynski has done…” Adam Chapman, comixtreme.com

“This one is a winner.” Eli, BookSpotCentral.com

Marvel urges retailers to check their orders on Cable and X-Force, as the “Messiah War” crossover continues to generate rave reviews and sell out quickly. The action continues in Cable #14 Second Printing Variant! 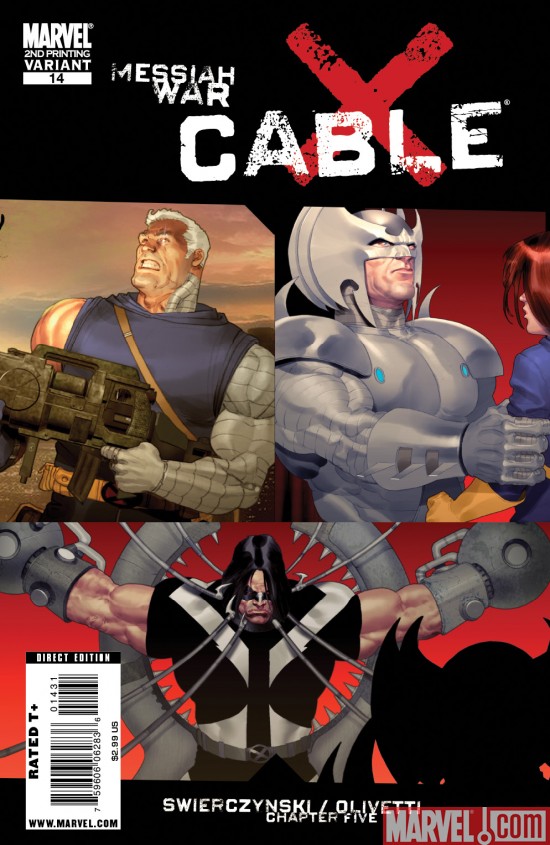