It may have been all the hype. 😉

Captain America Reborn #1 Is A Hit!

It’s the Marvel Comics story that has everyone from the New York Times to MTV buzzing and the verdict is in: Captain America   Reborn #1 is a hit! The superstar dream team of Eisner-winning scribe Ed Brubaker (Captain America, The Marvels Project, Incognito) and red-hot artist Bryan Hitch present the return of Steve Rogers to the Marvel Universe! Plus, be sure to catch the dynamic covers by acclaimed artists Bryan Hitch, John Cassaday and Alex Ross!

The critics can’t stop raving about this landmark issue:

“Hope, Brubaker, Hitch, Guice, and Mounts promise, is Reborn… The scope of this story resonates on each and every page.”—Brendan McGuirk, Newsarama.Com

“Hitch and Guice are A-team talent and grace the book with fantastic action and the emotional nuances of the script are crystal clear.”—Lee Newman, BrokenFrontier.Com

“Captain America Reborn has a unique idea, strong ties to the story it’s birthed from, and an interesting concept that net the first issue a solid A.  Pick this one up; it’s probably going to sell out fast.”—Christopher, TheHomeWorld.Net

“Buy it… the artwork by Bryan Hitch and Butch Guice is nothing short of amazing”—Anthony Schiavino, PulpTone.Com

For more on Captain America Reborn, visit the official Marvel.Com mini-site at www.marvel.com/reborn for news, exclusive merchandise, an exclusive prelude and more! 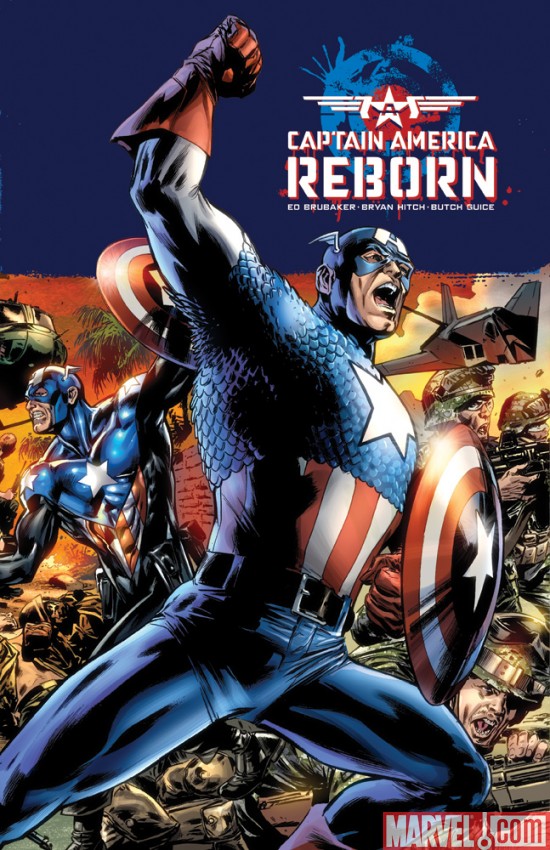 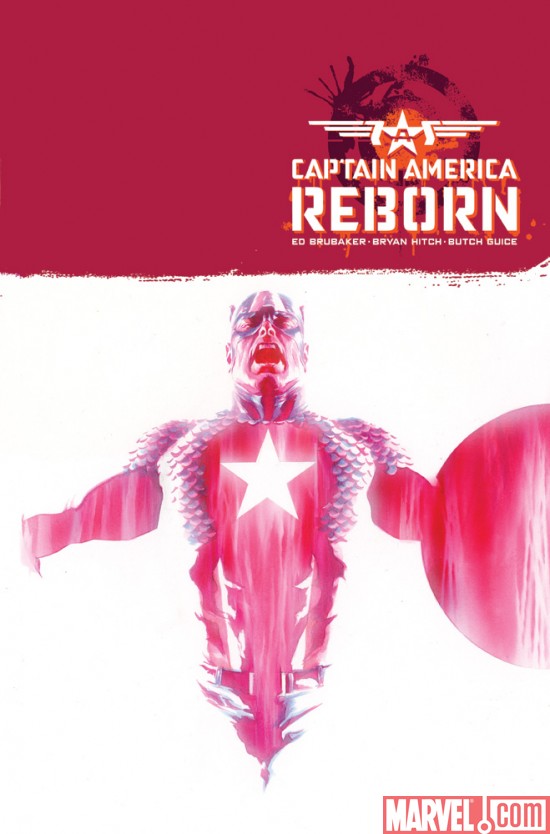 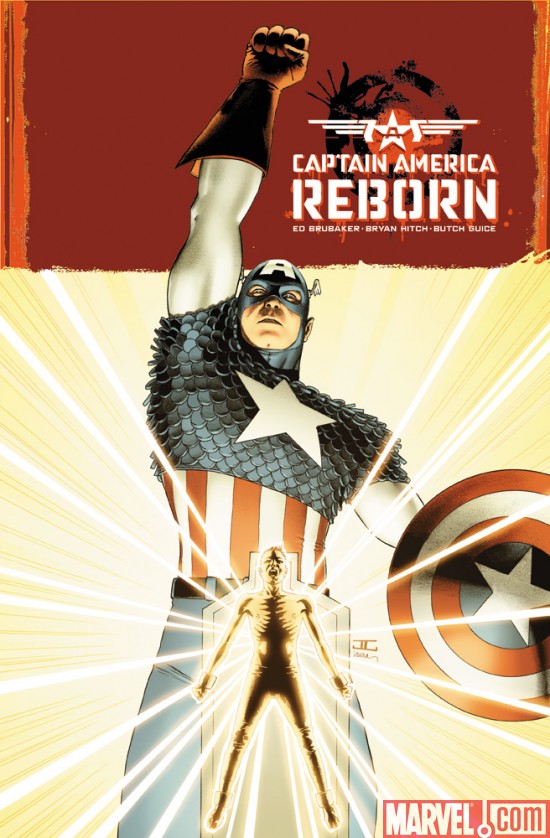 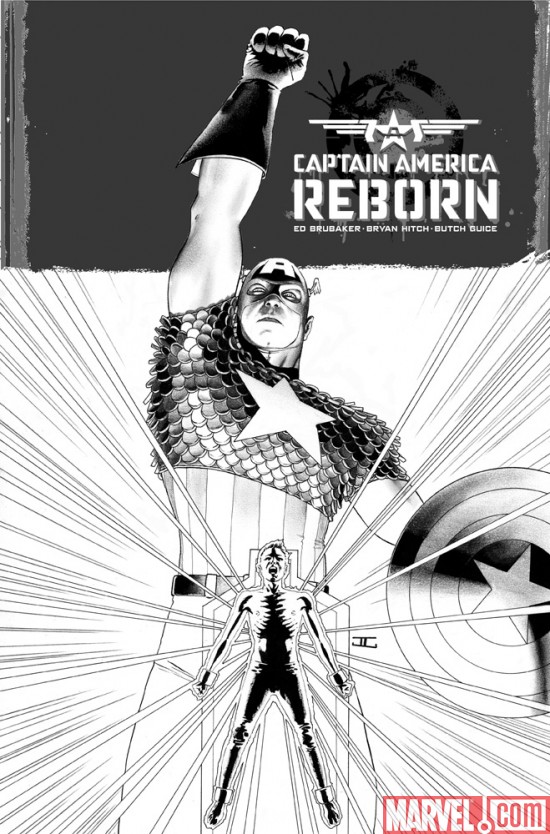