November 9, MILWAUKIE, OR—Caitlín R. Kiernan is the author of numerous works of dark
fantasy and science fiction, including nine novels, several comic-book series (including Sandman spinoff The Dreaming), and over two hundred published short stories and novellas. Now, she brings her tales to the land of Dark Horse Comics.

Alabaster is based on Caitlín R. Kiernan’s fan-favorite Dancy Flammarion stories, a dark fantasy series centered around a female teenage protagonist of striking appearance and hidden, terrible depths. For nearly as long as she can remember, seventeen-year-old Dancy Flammarion has fought monsters, cutting a bloody swath
through the demons and dark things of the world, aimed like a weapon by a merciless seraph, more taskmaster than guardian.

Part continuation, part reimagining, the series begins with Dancy making and breaking an oath in the name of her seraph, who subsequently abandons her. Injured and alone, Dancy has to find her own way for the first time in her life—and the wolves are closing in.

Alabaster will first appear in Dark Horse Presents #9 (on sale February 22, 2012), followed by the five-issue miniseries Alabaster: Wolves, which throws readers into Dancy’s world with a bang, strips away her seraph, and introduces the two characters who will become her long-term supporting cast. Alabaster: Wolves #1 is on sale April 11, 2012.

“One of our essential writers of dark fiction . . . a cartographer of lost worlds.”—New York Times

“Lieber’s art is stunningly refined . . . This is how a comic book should look.”—Comic Book Resources 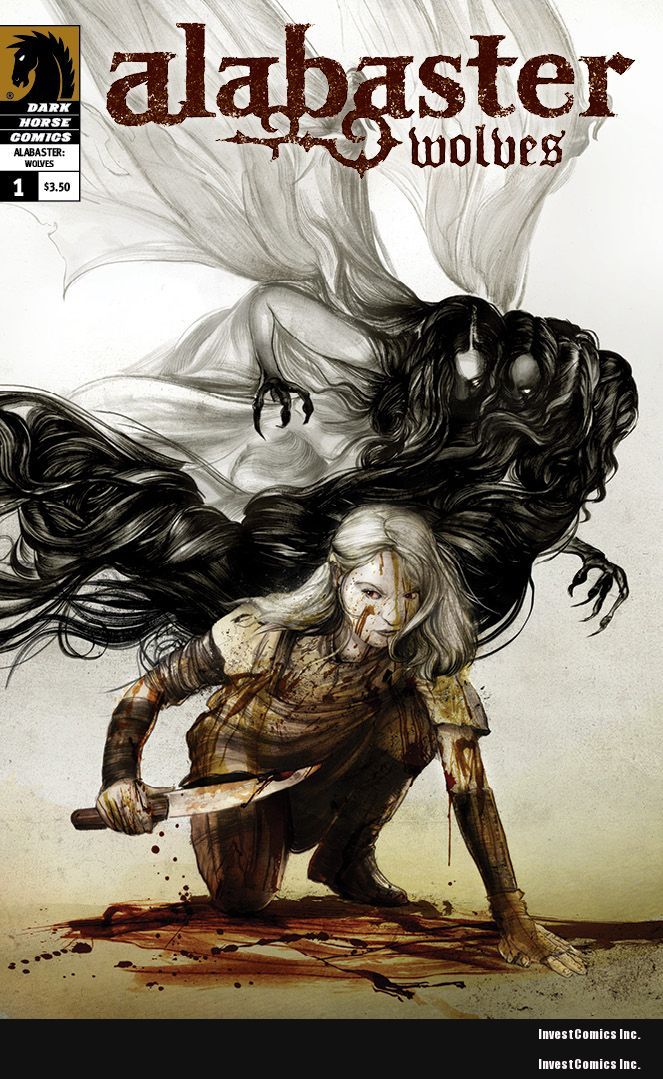 Since 1986, Dark Horse Comics has proven to be a solid example of how integrity and
innovation can help broaden a unique storytelling medium and establish a small,
homegrown company as an industry giant. The company is known for the progressive and
creator-friendly atmosphere it provides for writers and artists. In addition to
publishing comics from top talent like Frank Miller, Mike Mignola, Neil Gaiman,
Gerard Way, and comics legend Will Eisner, Dark Horse has developed such successful
characters as the Mask, Timecop, and SpyBoy. Additionally, its highly successful
line of comics and products based on popular properties includes Star Wars, Indiana
Jones, Buffy the Vampire Slayer, Aliens, Conan, Emily the Strange, Tim Burton,
Trigun, Serenity, and Domo. Today Dark Horse Comics is the largest independent
comic-book publisher in the US and is recognized as one of the world’s leading
publishers of licensed comics material.