The last Dark Reign issue of Deadpool returns to presses as Wade Wilson finishes up his fight with Norman Osborn’s Hawkeye.

Marvel is pleased to announce that Deadpool #12 has sold out at Diamond (though copies may still be available at retail) and will be returning with Deadpool #12 Second Printing Variant! When asked for comment, Deadpool replied “I hope someone is going to reimburse me for all the bullets I have to waste after appearing in second printings for every one of my books in 2009!”

You can’t have too much Deadpool, and now you get the second serving of the series that continues to sell out every month! Don’t miss your second chance to get caught up on Deadpool #12 Second Printing Variant! 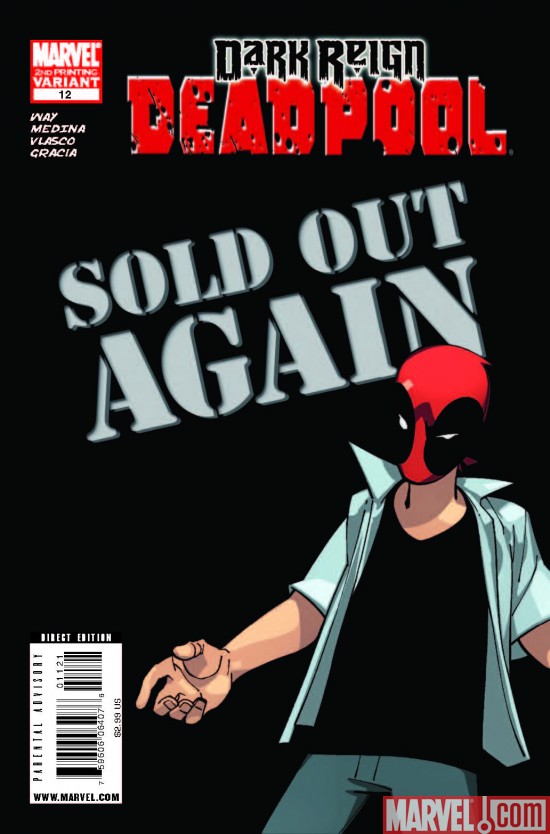