Here’s the scoop from DC’s blog:

This fall, John Layman (CHEW) will be writing DETECTIVE COMICS. And joining him to tell his twisted stories about the Dark Knight will be fan-favorite artist Jason Fabok. So what’s in store for DC Comics’ flagship title? We asked the duo to shed some light on what fans can expect from their collaboration.

“Obviously, this is a happily surreal and exciting turn-of-events for my career,” Layman told THE SOURCE. “Not only is this my first work within the DC Universe, but I get to work on one of DC’s undisputedly coolest and highest-profile characters. I’m going to take a look at the role of criminal organizations within Gotham City, hopefully from a perspective that does not get considered very often (if at all). From the symbiotic relationship a master criminal must have with Gotham in order to survive, to the lowly, often faceless criminal underling hoping to rise up the ranks. All that, plus Batman’s gonna play with a bunch of crazy new toys and kick all kinds of butt.”

“First, I want to express how thankful I am to have this opportunity. I am humbled that DC Comics would entrust me with one of their greatest titles,” continued Fabok. “To work on a Batman title has been the number one goal that I set for my career and I am honored to have this opportunity to make my dream become a reality. I’m really hoping to deliver a dark, epic Batman with hints of the art deco stylings of the old animated series and the more modern take seen in recent incarnations. I am hoping to let my influences gush out onto the page and create something that is familiar, classic and yet my own. As for working with John Layman, I couldn’t be more excited. John is a great visual storyteller and he packs every page with meaningful panels that bring the story forward and add incredible depth. Together we hope to deliver a quality Batman tale, filled with mystery, twists, turns, shockers and most of all, fun!”

DETECTIVE COMICS #13 flies into stores on October 3rd. Below, take an exclusive first look at Fabok’s cover for the issue. 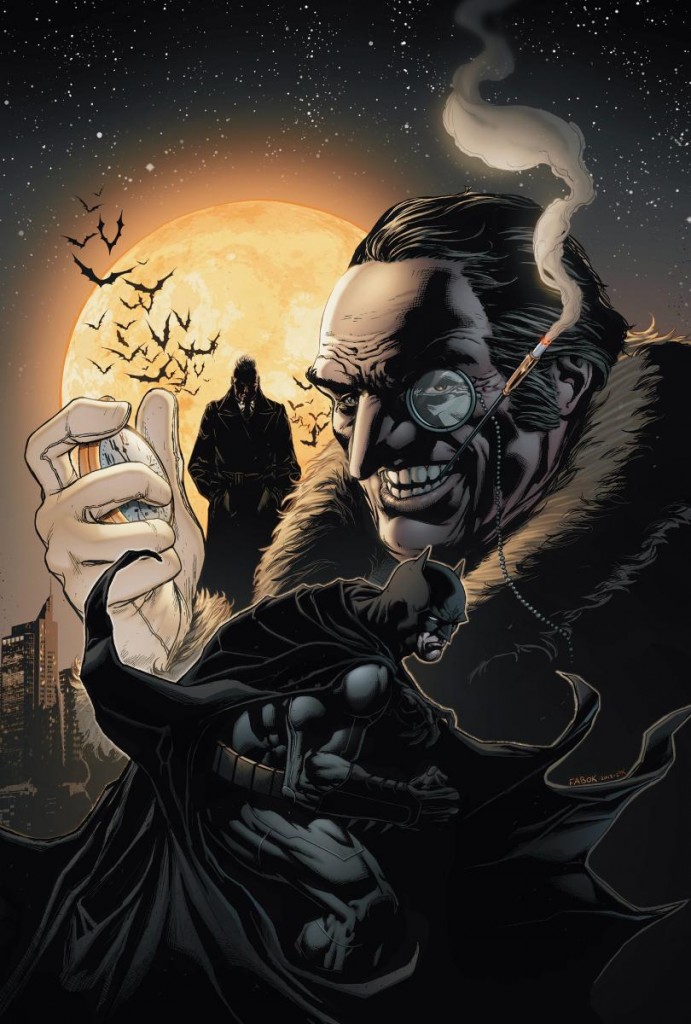