(BALTIMORE, MD) — (May 16, 2013) —Toho Company, Ltd. the producer of twenty-eight GODZILLA motion pictures, and Diamond Comic Distributors, the world’s largest distributor of comics, graphic novels and pop-culture merchandise, have reached an agreement that will bring the best GODZILLA merchandise from Japan and beyond to the United States and Canada. Diamond will choose, market, and distribute the highly desired and sought after GODZILLA toys, comics, collectibles, and lifestyle products, many of which have previously been available only in Japan.

“GODZILLA has been a pop culture icon since he was unleashed on the world in 1954,” said John Parker, Diamond’s VP- New Business Development.  “Now that Diamond can provide a complete offering of awesome GODZILLA merchandise from Toho, the long lost and unavailable figures and collectibles will be easily accessible to the fans of the nuclear beast. With a new film in production and scheduled for release in May, 2014 the monster merchandise will be here just in time to make its way onto the shelves of North American retailers.”

”We are very excited to be teaming with Diamond Comic Distributors in this opportunity to share a wider and more complete line of Godzilla merchandise,” said Masaki Fujiwara, General Manager at the Los Angeles office of Toho Co., Ltd. “I hope the Godzilla fans in North America are as thrilled as we are.”

An initial round of merchandise is featured in Diamond’s May PREVIEWS catalog, and is expected in retail stores starting in July. To pre-order GODZILLA merchandise, find a comic shop near you at www.comicshoplocator.com or call 1-888-comicbook. Retailers interested in purchasing GODZILLA products are encouraged to contact Diamond’s New Accounts Department at newaccounts@diamondcomics.com.

PHOTO A – GODZILLA, 1954 Version: From X Plus USA! The greatest of cinema’s thunder lizards will batter his way into your collection with this 12” tall vinyl figure of Godzilla’s 1954 incarnation! (SRP $160) Available in Oct 2013. 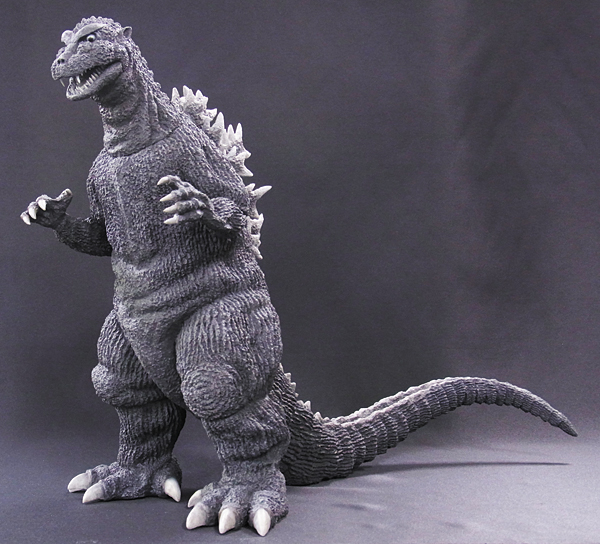 PHOTO B – MECHA-GODZILLA, 1974 Version: From X Plus USA! Godzilla’s cybernetic foe MechaGodzilla will terrorize your collection as this 12” tall vinyl figure that depicts the kaiju as he appeared in 1974! (SRP $160) Available in Oct 2013. 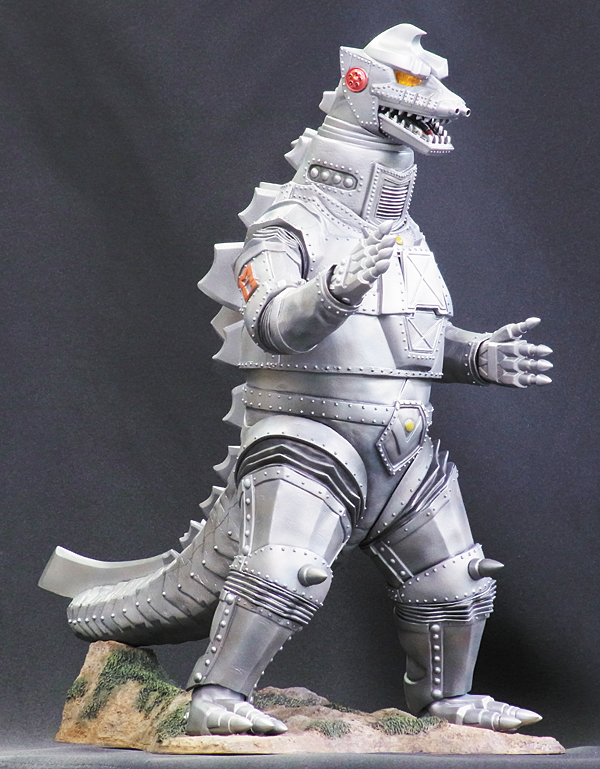 ABOUT TOHO COMPANY, LTD: Founded in 1932 and headquartered in Tokyo, Toho Company, Ltd. is one of the leading entertainment conglomerates in Japan. Toho is best known worldwide as the producer of twenty-eight Godzilla motion pictures, based upon a character the company unleashed on the world back in 1954, and masterpiece films directed by Akira Kurosawa. Toho has been the number one distributor of motion pictures in Japan (both domestic and foreign) for nine consecutive years since 2003.  The company is also, throughout Japan, the leading producer of theatrical works and one of the largest owners of office buildings and theaters.

ABOUT DIAMOND COMIC DISTRIBUTORS (DCD)—Diamond is at the nexus of comics and pop culture. Based in Baltimore, MD, DCD is the world’s largest distributor of English-language comic books, graphic novels, and related pop-culture merchandise, serving thousands of retailers worldwide. For more information, visit Diamond on the web at www.diamondcomics.com.