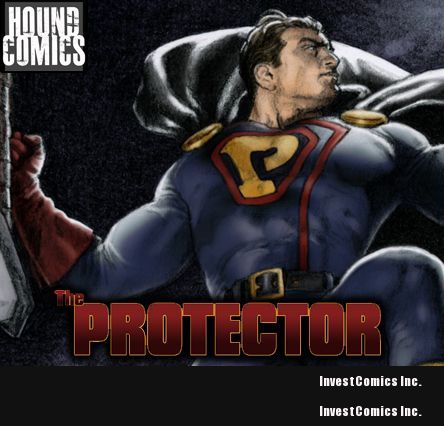 *New York, New York – November 16, 2011 –* It was officially announced earlier this week that Hound Comics, Inc. has signed on some incredible new talent in order to expand the Hound Comics Division.  “We are currently gearing up for a couple of amazing releases in the next few weeks leading up to years end!” explained Etan Wish; Director of Operations.  “Keeping in line with our mantra of ‘lead by example’; we have brought on the next wave of creators who deserve their time to shine!” says Hound President & CEO, William ‘Brimstone’ Kucmierowski, “Hound has built up a reputation of quality, so I’m anticipating big things for these new titles!”

One of the new releases comes from the father/son team of Chris R. Notarile and Chris Notarile, Sr. entitled, *The Protector*.  *The Protector* is the ultimate noir piece with a great story backed up by phenomenal artwork. “When I saw the raw pencils on this project, my jaw literally dropped to the floor… it’s that good!” said, Thiago Castro; Director of Graphic Design.  Offering the base of an impressive cult following within the ‘fan-film’ genre, young Chris’ success certainly shines through the innovative and amusing take he has on popular classic franchises.  Now, Chris brings his imagination straight to the head of the class with his vision of this new hero. “I’m not looking to break the mold or recreate the wheel here; I love the quintessential hero as much as the next person.  I’ve stayed true to the ‘super’ blueprint, I just adjusted it enough to make the Protector unique in a sea of copycats.” says Notarile. 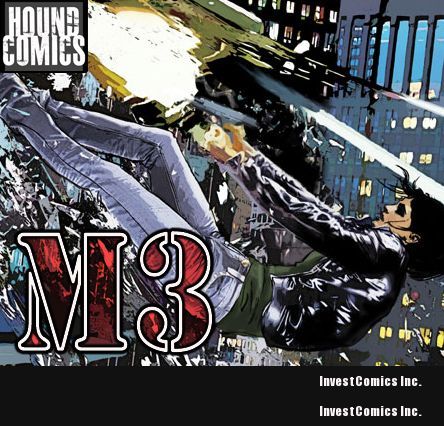 Hound has its fair share of legendary artists including Terry Naughton (Disney) and Rich Arons (Tiny Toons, Animaniacs); but new title *M*3 dons the artistic sequentials of the great Vicente Alcazar (Jonah Hex – DC). Being the brainchild of author Erica Schultz, *M3* features a female lead that is not only memorable; but also breathes life into a deep rooted story line.  “The character has literally lived in my head for so many years; it was about time that she made her way out!” says Schultz.

“In addition to the expansion of the print titles, we have begun releasing our weekly web based comic series, *Hound Around Town* featuring art by newcomer, Lauren Ladore.” says Frank Lamberti, CIO. “We will release a new comic once a week on Friday’s to keep the homepage fresh for our repeat visitors.”

Hound Comics has also released a brand new free application on iTunes with partners Blue Rocket Labs.  *A Collection of Art* featuring excerpts from the private sketch books of Hound artists including Shah, Naughton, Castro, Sanwald and Theresa Finnelli (Border-Pups Series) is now available for download at no cost.  Blue Rocket Labs will be producing all of the applications on the publication side including all Hound Comics, Hound Kids and Hound Publishing based titles.  “We are 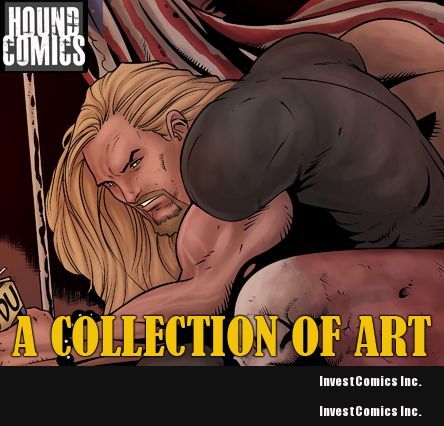 excited to not only have the ability to offer our entire library to readers on the move; but to partner with a results oriented company such as Blue Rocket Labs is truly a privilege.” says Kucmierowski.

Hound VP, Sajad Shah also recently announced a new addition to the art team, Pinn Soban.  Soban, who will be initially be concentrating on the Luscious based spin off *Luscious: Riker’s Island* written by Brimstone has signed on as an official Hound team member.  “Pinn has large shoes to fill between Sajad’s illustrations and running point for the main man himself, we are all impressed with his skills and overall work ethic… he’ll fit in perfectly here at Hound.” says Mina Sanwald, Artist & Animator for Hound.  Sanwald, who is currently working on two major projects for the company (*The Big Book of Luscious Chicken* and the Borderhounds spin off *Hunt of the Jaguar*) is overly protective of the Luscious character proclaiming, “If I didn’t feel justice would be done, I would have put my foot down!” 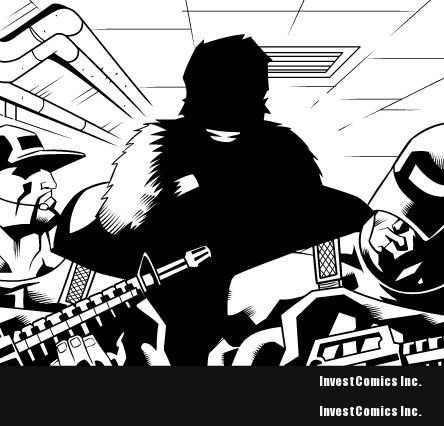