Look inside for some great news involving free Savage Dragon!

12 December 2008 (Berkeley, CA) – On Free Comic Book Day 2009, fans will get an unprecedented chance to jump on board one of comics’ most legendary superhero series as Image Comics and creator Erik Larsen give away an entire issue of SAVAGE DRAGON!

"For Free Comic Book Day I wanted to give readers an exciting stand alone issue that would give them an idea of what I’m doing with the book after February’s relaunch in #145," Larsen said. "It’s a great introductory issue for new readers and it features the start of something huge!"

SAVAGE DRAGON #148 will contain a completely self-contained adventure introducing brand new cast members set to make a huge impact and also act as primer to the series’ new direction as Dragon makes his long-awaited return to the Chicago Police Force. While Larsen’s overhaul and relaunch of the title three issues prior was already covered in the Chicago Tribune, Yahoo! News and Radar Magazine, among others, this jumping on point promises to gain additional heat as Free Comic Book Day rolls forward. Fans unable to get the Free Comic Book Day edition will be able to order a Director’s Cut shipping after the event, featuring exclusive materials not available anywhere else. 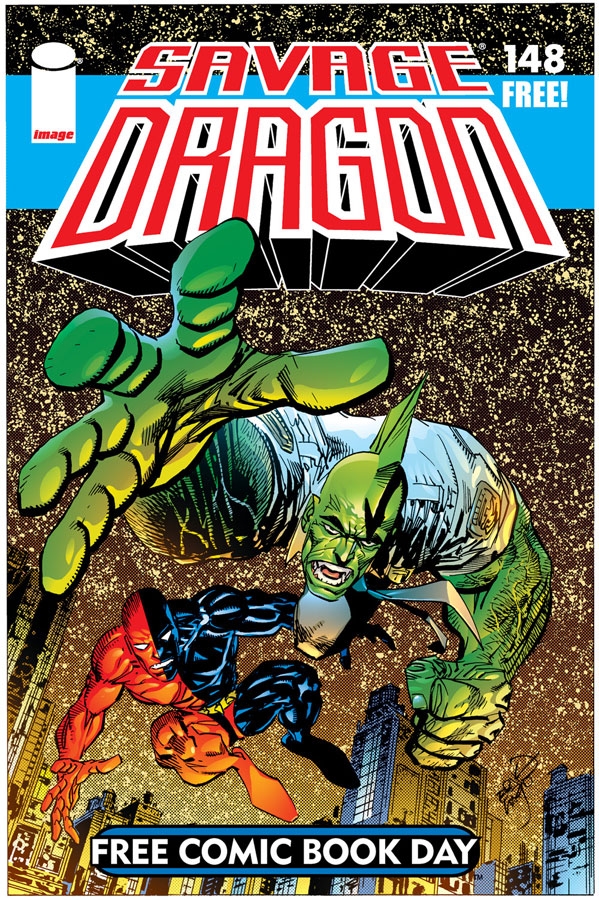