Anyway, no second printing announced yet but some nice praise for a comic receiving a lot of buzz.

Incredible Hulk #601 begins a bold new era for Bruce Banner, as he embarks on a new mission with a shocking new ally…and no Hulk powers! Acclaimed scribe Greg Pak, teaming with red hot artist Ariel Olivetti, returns to the Hulk and critics agree—you can’t miss it!

“Pak puts together a very interesting tale throwing in a few fun guest stars to make it even more compelling.  If you’ve been following the Hulk story lines at all over the past year or two, I think you’ll quite enjoy Incredible Hulk #601.” – Bill Janzen, Comicsbulletin.com

“This is a really enjoyable book…The Hulk line feels like it’s catering for all Hulk fans.” – James Hunt, ComicBookResources.com

“The high level concept is really strong…it’ll be a refreshing change of pace to have [Banner] around again.” – Kevin Fuller, IGN.com

Marvel urges retailers to check their orders on all Incredible Hulk issues, as the series continues to generate significant praise from all corners. What is Banner’s new mission? How does Skaar figure into his plans? Find out in the critically acclaimed Incredible Hulk #601! 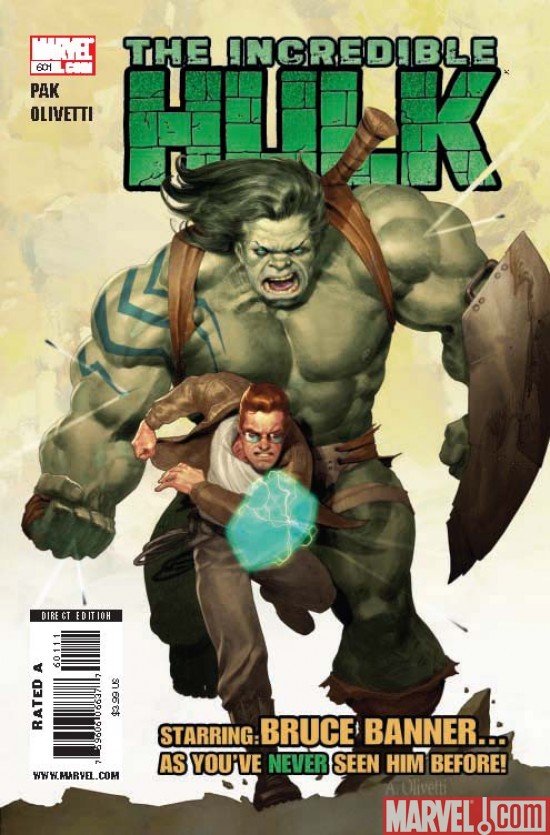