UPDATE 8/17 10:48 Image has continued sending teasers proving that no one is safe once writer Robert Kirkman decides to kill off some characters. The first two teasers, featuring Mark INVINCIBLE Grayson and Allen the Alien have been joined by Mark’s sometime teammate, ROBOT; His on and off girlfriend, ATOM EVE; and his younger half-brother, Oliver YOUNG OMNI-MAN.
Fans are already reading inot the fact that Mark, Allen, and Robot are all in prone, knocked out, positions, while Atom Eve is fighting back and Oliver is standing, but clearly scared out of his wits!

ORIGINAL STORY 8/14 4:06 PM) Image has been sending out teasers for “THE DEATH OF…” in landmark issue, INVINCIBLE #100. But, WHO exactly will be dying off? Well, where Kirkman is involved, especially post WALKING DEAD #100, NOBODY is safe! 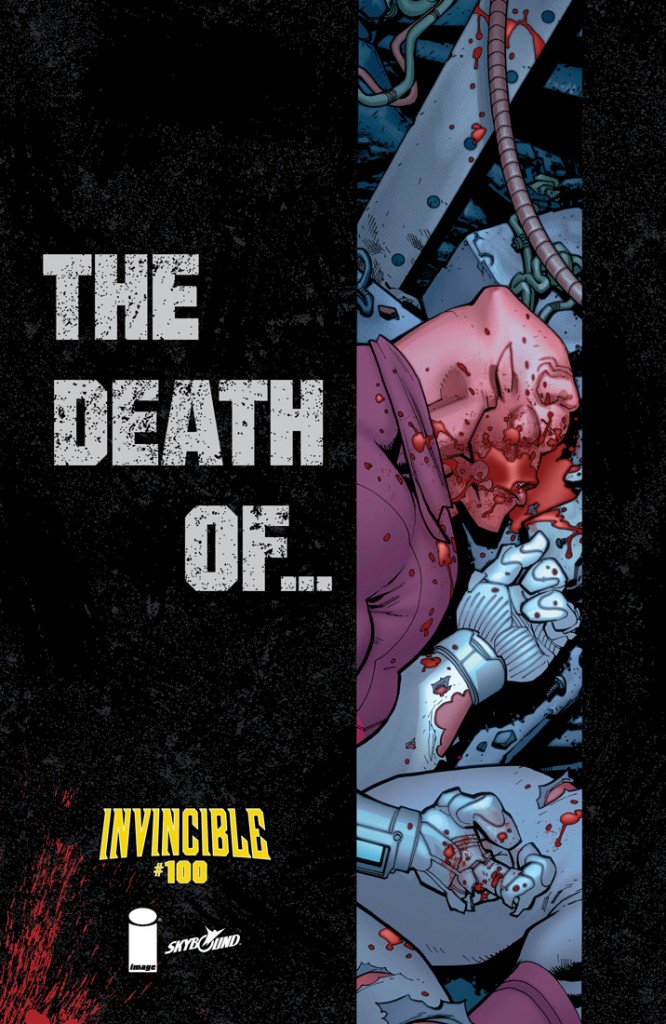