Tune in Tuesday, October 9 at 12/11c For Historic Mighty Marvel Team Up

New York, NY—October 8, 2012—Marvel NOW! brings the top creators together with the biggest Super Heroes to deliver all new ongoing series beginning this Wednesday withUncanny Avengers #1. But there may be a new star joining the Marvel pantheon…and it’s Jimmy Kimmel?

That’s right, this Tuesday, October 9, at 12/11c, Marvel NOW! comes to ABC’sJimmy Kimmel Live, as Marvel Chief Creative Officer Joe Quesada visits the most exciting late night show on television to find out if there’s a chance for a mighty Marvel team-up of epic proportions. But just what ideas does Jimmy Kimmel have in mind for Marvel NOW!? And what surprise does Joe have in store for everyone?

“First Jimmy Kimmel rocked the Emmys in front of the entire world and now he’s set his sights on the Marvel Universe,” said Quesada. “I’m looking forward to meeting with him to see just what he has planned for the Avengers, Spider-Man, Wolverine or whichever of Marvel’s Super Heroes interest him the most. But this isMarvel NOW! and we’re going to need the biggest ideas to compete with what we’ve planned! One things for sure—you’ve never seen Marvel on TV like this before!”

Now in its tenth season, Jimmy Kimmel Live is packed with hilarious comedy bits and features a diverse lineup of guests including celebrities, athletes, musicians, comedians and humorous human interest subjects. This appearance by Quesada marks the first time a comic book artist has appeared on the show.

This Tuesday, tune into ABC at 12/11c and see what happens whenJimmy Kimmel Live and Marvel Entertainment team up for the very first time!

Then, don’t miss the beginning of Marvel NOW! on Wednesday withUncanny Avengers #1, available in comic shops everywhere, on the Marvel Comics app, and the all-new Marvel Comics Webstore! 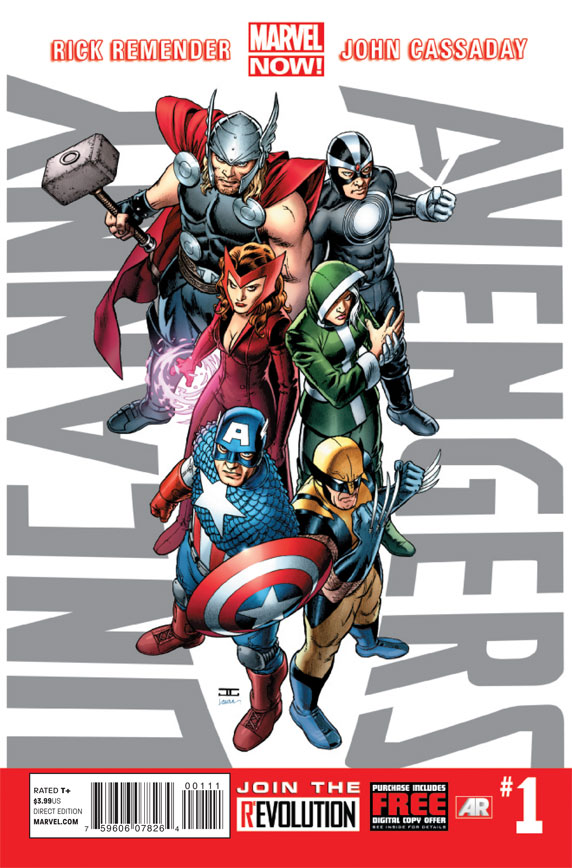