USA TODAY revealed that not only is the JUSTICE LEAGUE getting a new ART TEAM AND LINE-UP, but the book will crossover with AQUAMAN for THRONE OF ATLANTIS.

“There’s still questions of what Atlantis is like and what they do and what they’re capable of and why they exist and who sank Atlantis,” Johns says. “There’s all this mythology behind Atlantis that were not really sure of and no one really has any answers, and we’re about to get the answers.”

Reis and Prado are working on designing Atlantis and the Atlanteans, and they’ve also created a new look for Ocean Master, the old Aquaman villain who’s also the hero’s brother and the leader of the Atlanteans’ world-spanning assault. 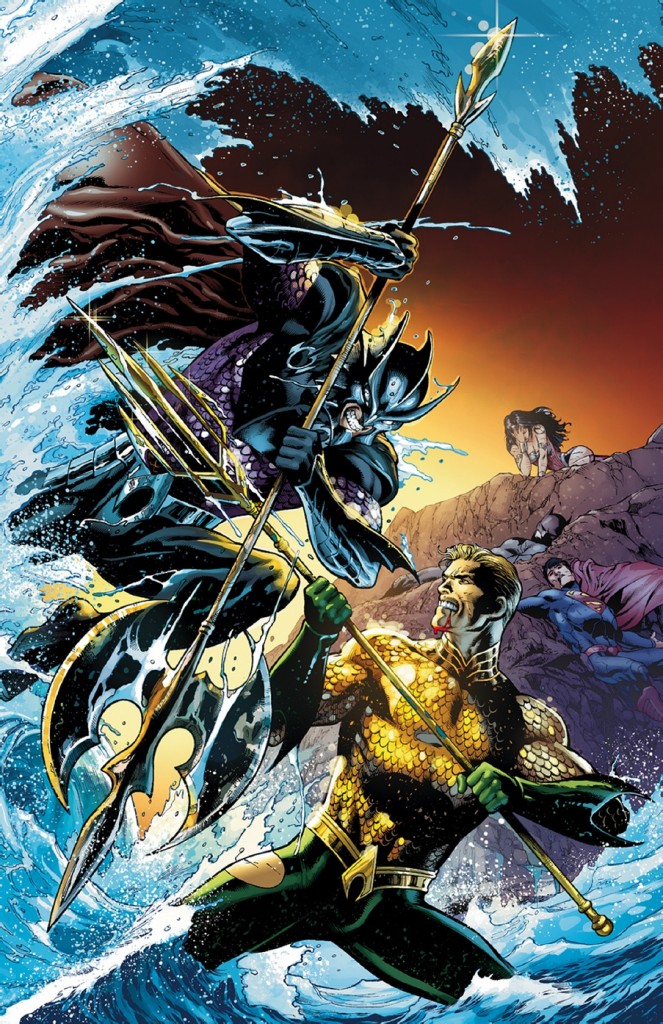