Based on the image, the solicit, and the fact that it’s Roger Langridge, it looks like MARVEL is recollecting Langridge’s MUPPET work from BOOM! to kick off MARVEL’s aquiring the property now that DISNEY owns Marvel.

Still, it was good stuff.

In DISNEY•MUPPETS PRESENTS: MEET THE MUPPETS, the gang plans to revive their variety show and bring back favorite sketches like “Pigs in Space” and “Veterinarian’s Hospital.” Meanwhile, Kermit misses the swamp, and the gang tries to cheer him up. Fozzy revamps his standup act, but everything he tries gets the same boos as his original routine. Scooter attempts to figure out once and for all what species Gonzo belongs to. And a psychic tells Miss Piggy she’s going to lose something green.

“Together with Disney Publishing, we’re extremely excited to bring the Muppets to the comics world and continue to grow their audience” said Axel Alonso, Marvel Entertainment Editor-in-Chief. “Marvel will ensure that DISNEY•MUPPETS PRESENTS will be available at all retail segments for its cross-generational fan base. The Muppets are some of the most beloved pop culture icons ever, so we can’t wait for fans to experience these great stories from Roger Langridge” 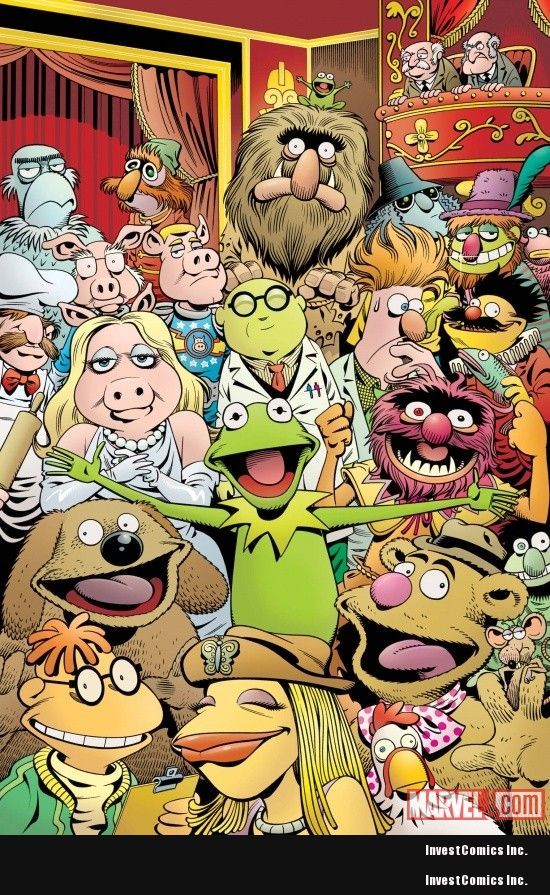 About Marvel Entertainment
Marvel Entertainment, LLC, a wholly-owned subsidiary of The Walt Disney Company, is one of the world’s most prominent character-based entertainment companies, built on a proven library of over 8,000 characters featured in a variety of media over seventy years. Marvel utilizes its character franchises in entertainment, licensing and publishing. For more information visit www.marvel.com