The Future of THUNDERBOLTS Is Marvel NOW!

New York. NY—August8, 2012— This December, prepare for a deadlier brand of justice like lightning asThunderbolts #1 kicks off the all-new ongoing series from the top-selling creative team of Daniel Way (Deadpool) and Steve Dillon (Punisher MAX). As part ofMarvel NOW!, Thunderbolts  joins a number of titles that will take the Marvel Universe in an exciting all-new direction, as the industry’s top creators join the top Super Heroes to deliver all-new ongoing series, great for new and lapsed readers alike!

Red Hulk, Venom, Elektra, Deadpool, the Punisher. Forget the courts, the jails, the system — this team of Thunderbolts fights fire with fire, targeting the most dangerous and lethal players in the Marvel Universe with extreme prejudice. Led by General “Thunderbolt” Ross, AKA the Red Hulk, this hand-picked team of like-minded operatives is going to make the world a better place…by all means necessary.

“How many times have we said to ourselves, ‘If only I had the power…’? Well, Thunderbolt Ross has that power and this series will show what he does with it,” explained Daniel Way in an interview with Marvel.com. “Really, it all boils down to the most ‘Marvel’ of our medium’s go-to ideologies: With great power comes great responsibility.”

Marvel NOW!is the culmination ofMarvel ReEvolution, the groundbreaking new initiative to evolve the comic book experience through innovation. WithThunderbolts, Marvel NOW! ensures fans will discover an entirely new perspective on one of the most popular super hero teams.

“I dare any Super Hero fan to look at that cover and not smile—theThunderbolts line up is a true dream team” said Axel Alonso, Editor in Chief, Marvel Entertainment.  “Daniel and Steve are both incredibly talented creators redefining one of our most enduring franchises into something that will surprise a lot of readers—this is a series about violence, war and the consequences of both….along with more action than you can handle!”

Each issue ofThunderbolts features special augmented reality content available exclusive through theMarvel AR app – including cover recaps, behind the scenes features and more that add value to your reading experience at no additional cost. 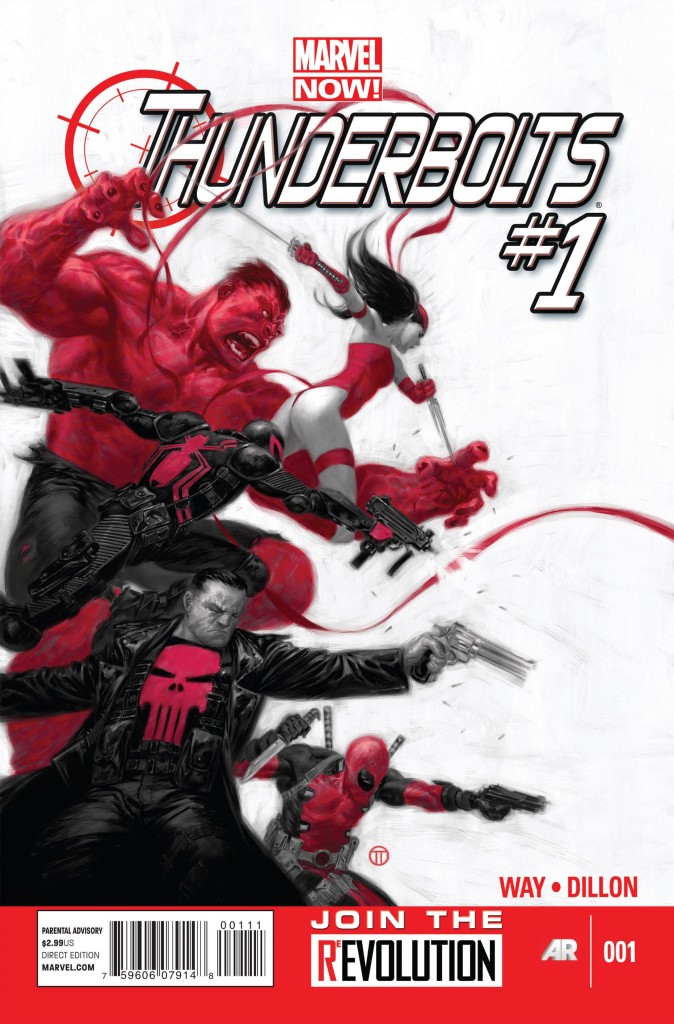