Daredevil meets a genre he’s never played in before.

The Man Without Fear has been a thorn in the side of organized crime—but hell’s about to get hotter! Acclaimed writer Alexander Irvine and fan favorite artist Tomm Coker present the next offering from the critically-acclaimed Marvel Noir line—Daredevil Noir #1! Things are about to get ugly in Hell’s Kitchen as a gangster Orville Halloran arrives on the scene as a rather unwelcome guest in Kingpin’s territory – it’s called Hell’s Kitchen for a reason, right? Matt Murdock is about to find out the hard way that half-truths are lies, and lies will get you into trouble – a lot of trouble!

Critics and fans alike are raving about Marvel’s Noir line!

“The hype has been justified. This is everything I wanted from the Marvel universe.  Realistic and gritty storytelling in my favorite genre while paying perfect homage to the heroes from my childhood. Kudos to Marvel for knowing what we want and delivering it.” — crimecritics.com

Marvel urges retailers to check their orders on Daredevil Noir as Marvel Noir series continue to sellout! Don’t miss the fan-favorite masked vigilante in an exciting new series – all starting in Daredevil Noir #1! 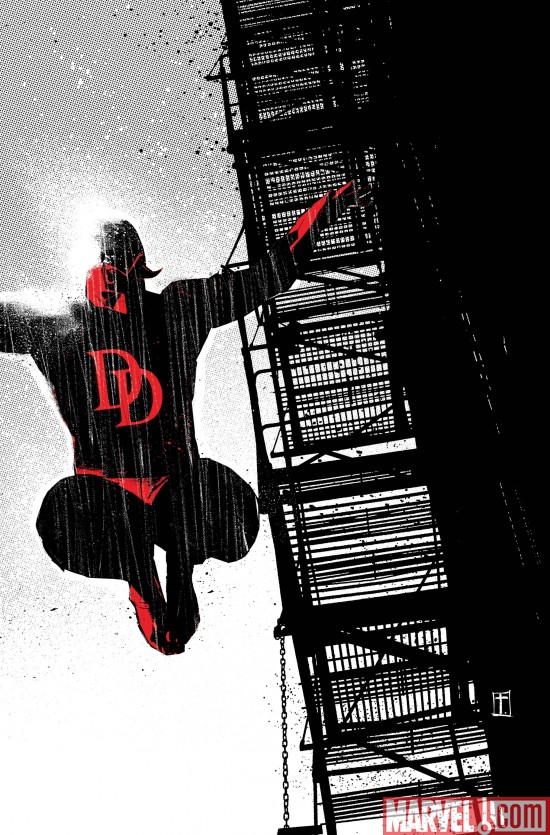 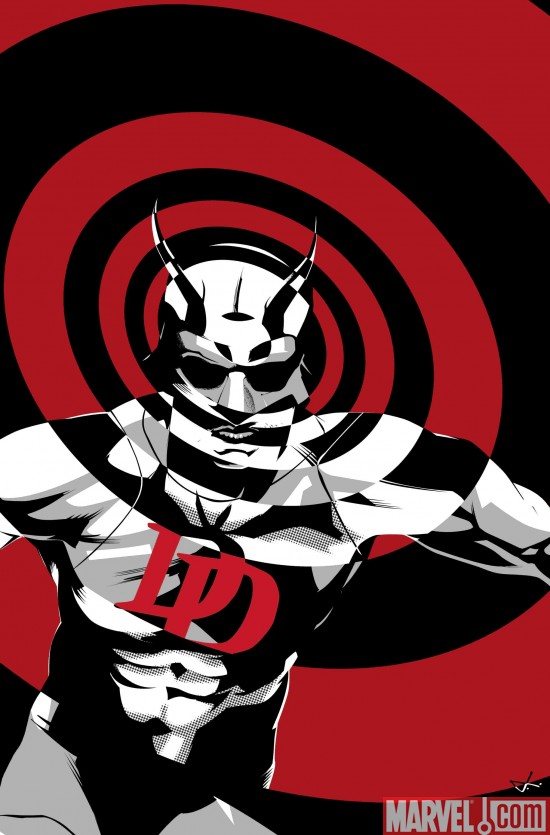 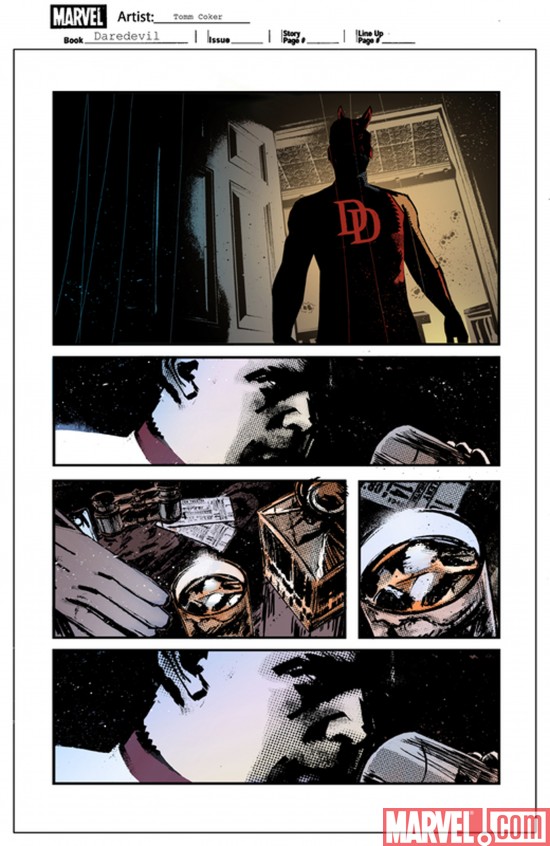 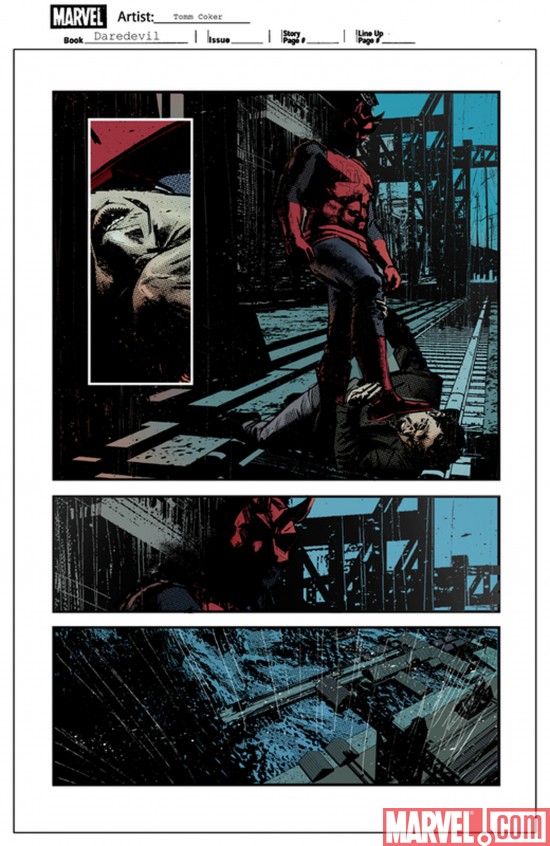 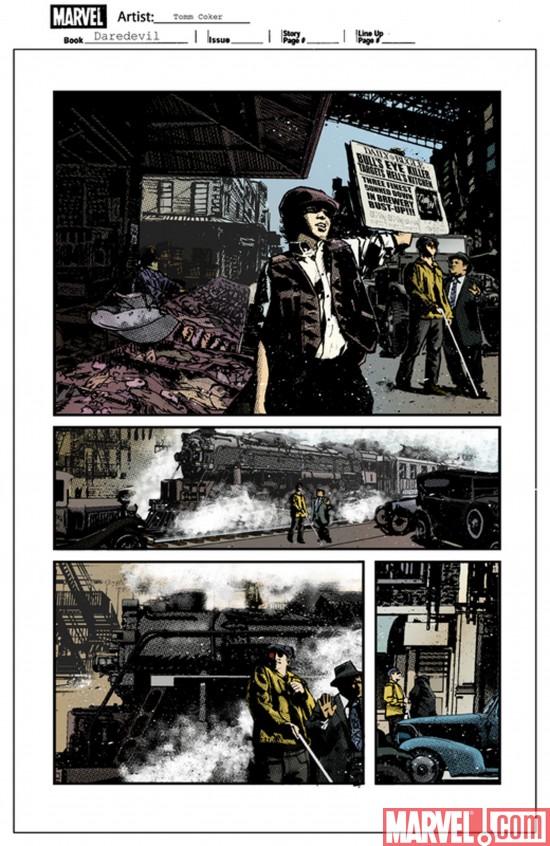 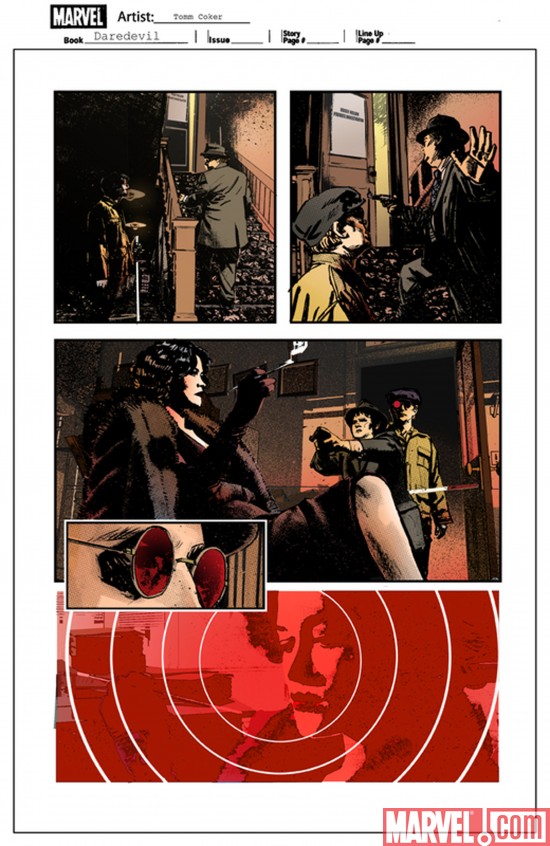 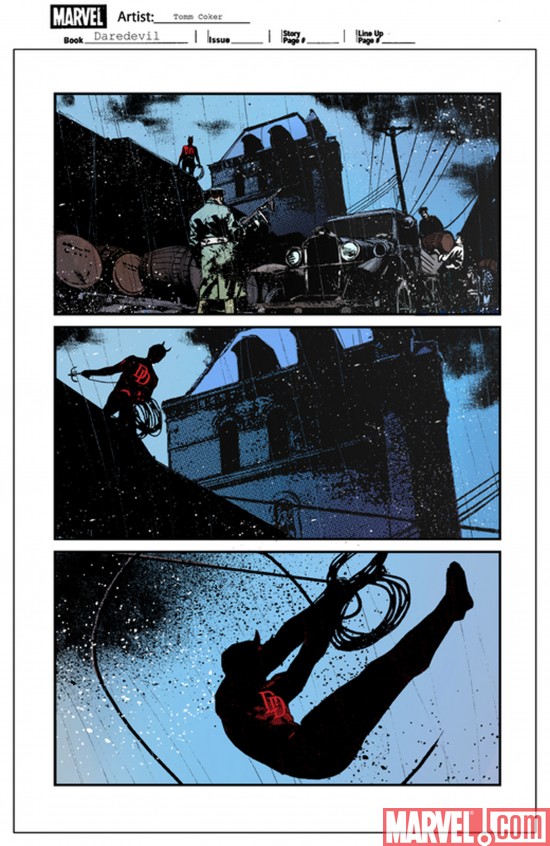