Wolverine #71 Sells Out & Returns With a Second Printing!

Marvel is pleased to announce that Wolverine #71 has sold out at Diamond (though copies may be available at the retail level) and will return with Wolverine #71 Second Printing Variant!  Superstar Eisner nominated writer Mark Millar and acclaimed artist Steve McNiven continue the sold-out , critically acclaimed “Old Man Logan” as the clandestine journey of the man formerly known as Wolverine and Clint takes a stunning twist!  What new prehistoric predatory terror awaits Hawkeye and Logan in this dark and ominous future?  Be sure to catch McNiven’s powerful interior artwork on the cover of this new second printing variant!

Both critics and fans have been raving about “Old Man Logan”:

“Millar has become a master of pacing this sort of comic book series, with the terse dialogue scenes punctuated by just the right visuals. And of course it helps that McNiven is one of the best superhero artists around, providing, with Dexter Vines’s superior inks, a textured look that’s both clear and sordid.”—Timothy Callahan, ComicBookResources.Com

“I loved every minute of it… a bold take on an interesting future for the Marvel Universe that any Marvel fan should be reading.” – Stephen Joyce, Comicsbulletin.com

“Wolverine #71 offers the reader an excellent balance of action and drama… I continue to be absolutely fascinated by the story that Millar is weaving in ‘Old Man Logan’.” – Rokk Krinn, Comicbookrevolution.net 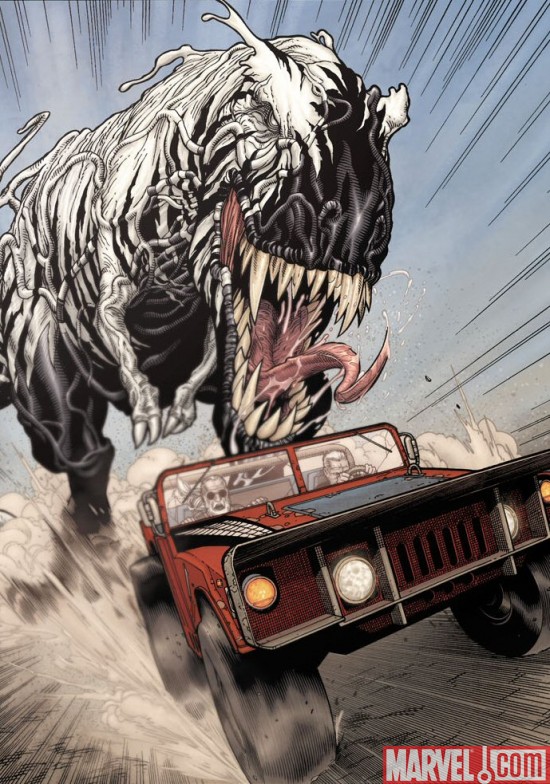