Coming off a successful Thunderbolts crossover, Deadpool continues to shine.

Everyone buy this comic!

Deadpool #10 Sells Out and Returns With a Second Printing!

Marvel is proud to announce that Deadpool #10 has sold out at Diamond (though copies may still be available at a retail level) and will return with the release of Deadpool #10 Second Printing Variant by fan favorite writer Daniel Way and artist Paco Medina! In this Dark Reign tie-in, Norman Osborn wants Deadpool dead and who better than Bullseye to get the job done?! Everyone’s favorite Merc with a Mouth survived Osborn’s last attack, but can he take on Bullseye head-to-head? One thing’s for sure, Deadpool won’t go down without a fight – a huge, loud, and destructive fight that will leave you wanting more! Deadpool #10 Second Printing Variant features the energetic interior art of Medina on the cover!

Fans and critics are raving about Deadpool #10:

“It’s a good start to an arc.” Jesse Schedeen, Comics.IGN.com

Marvel urges retailers to check their orders on Deadpool and all Dark Reign tie-ins. What crazy and psychotic schemes will Deadpool conjure up this time? Find out in Deadpool #10 Second Printing Variant! 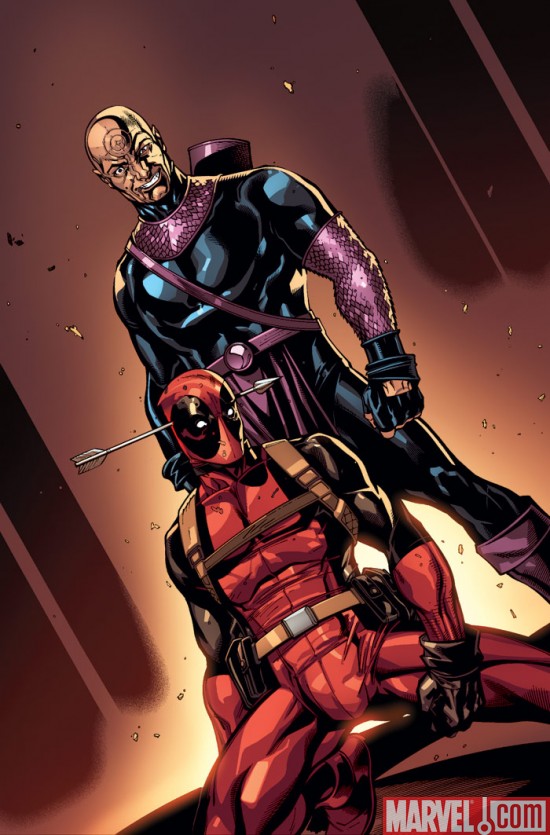