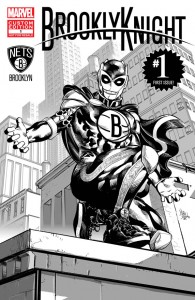 BROOKLYN (Nov. 3, 2012) – Marvel Entertainment and the Brooklyn Nets are proud to announce the creation of Brooklyn’s new Super Hero and the first one in NBA history. Enter BrooklyKnight, protector of Brooklyn’s hometown team, defender of New York’s largest and most courageous borough, and ruler of Barclays Center.

BrooklyKnight made his debut tonight in the Brooklyn Nets’ first-ever regular season game in their new home, Barclays Center, against the Toronto Raptors. Before the start of the game, the BrooklyKnight boldly landed at center court to inspire his team and rally the crowd. To commemorate the first appearance of this historic new sports icon, Marvel Custom Solutions worked with the Nets to create BrooklyKnight #1, an all-new 32-page comic book by Jason Aaron, writer of Thor: God of Thunder and Wolverine & The X-Men and illustrated by artist Mike Deodato of Amazing Spider-Man and New Avengers fame. All guests at tonight’s game received copies of the limited edition comic book.

“Brooklyn now has a new Super Hero to call its own,” said Brett Yormark, CEO of the Brooklyn Nets and Barclays Center. “BrooklyKnight is a superior combination of strength, power, and confidence — sounds just like Brooklyn to me.”

“Marvel Entertainment has outdone itself with its newest Super Hero creation for the Brooklyn Nets,” Brooklyn Nets Chairman Christophe Charlier said. “We are honored to have collaborated with the company of the world’s mightiest Super Heroes.”

The BrooklyKnight will appear at all Brooklyn Nets home games and support his team against the invasion of opponents. He is equipped to handle almost any threat with a protective metal B on his chest, metal knee, elbow, and face coverings, defined muscles, including a six-pack, and a multi-functional cape.

“As a Brooklynite and a hardcore hoops fan, for me to get the opportunity to help create a Super Hero for my home borough’s new team was a dream come true,” said Axel Alonso, Editor in Chief, Marvel Entertainment. “Working with the Nets staff, we have created a team Super Hero that is unlike anything the NBA has ever seen; a timeless character who can stand shoulder to shoulder with icons like Spider-Man, Captain America, Wolverine, and Thor. Let’s go, Nets!”

“Forged from the blood, sweat and tears of Brooklyn itself — always ready to defend his home and defeat any challenger — all hail the BrooklyKnight!” exclaimed Bill Rosemann, Editor, Marvel Custom Solutions. “When Nets fans meet their guardian, they will immediately know that the House of Ideas has once again unleashed a hero who will soon be known all over the world for his nobility, grit, and strength. Brooklyn, your champion is here!”

All guests at the Brooklyn Nets vs. Orlando Magic game at Barclays Center on Sunday, November 11, will receive a limited edition BrooklyKnight trading card, courtesy of Marvel Custom Solutions and the Brooklyn Nets.

Marvel Entertainment, LLC, a wholly-owned subsidiary of The Walt Disney Company, is one of the world’s most prominent character-based entertainment companies, built on a proven library of over 8,000 characters featured in a variety of media over seventy years. Marvel utilizes its character franchises in entertainment, licensing and publishing. For more information visit www.marvel.com FOR MORE INFORMATION AND/OR ARTWORK PLEASE CONTACT: Arune Singh MARVEL ENTERTAINMENT 212-576-4061

About The Brooklyn Nets:

The Brooklyn Nets were officially launched in April 2012 and play their home games at Barclays Center located at the crossroads of Brooklyn, Atlantic and Flatbush avenues. The team’s brand identity, including its logos and black and white color scheme, was created by JAY Z.  The colors speak to Brooklyn’s strong traditions, reflecting the color palette of the old New York subway signage system, and convey an uncompromising confidence.

The Brooklyn Nets are part of the Eastern Conference’s Atlantic Division. Prior to its relocation to Brooklyn, the team was called the New Jersey Nets. Starting in 1977, the Nets played their first four seasons in New Jersey at the Rutgers Athletic Center in Piscataway, before moving in 1981 to Brendan Byrne Arena in East Rutherford (later renamed Continental Airlines Arena and IZOD Center). They remained in East Rutherford for 29 seasons until relocating to the Prudential Center in Newark in 2010.  The New Jersey Nets reached the postseason 16 times, won four Atlantic Division titles and two Eastern Conference Championships, reaching the NBA Finals in 2002 and 2003. 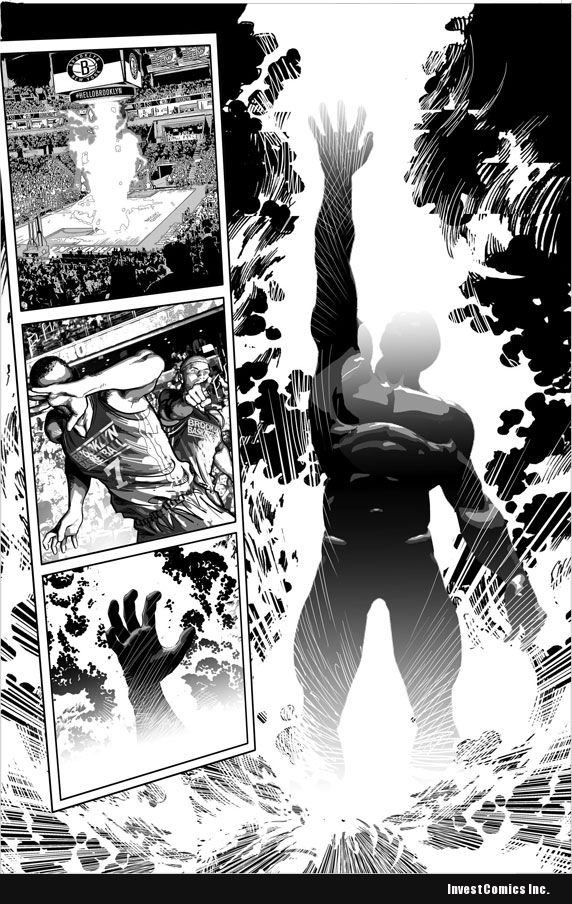 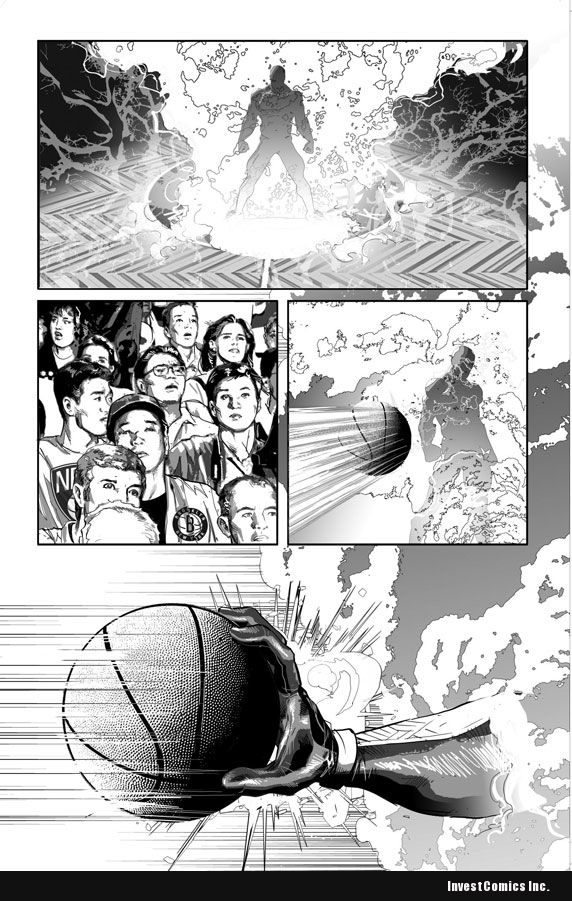 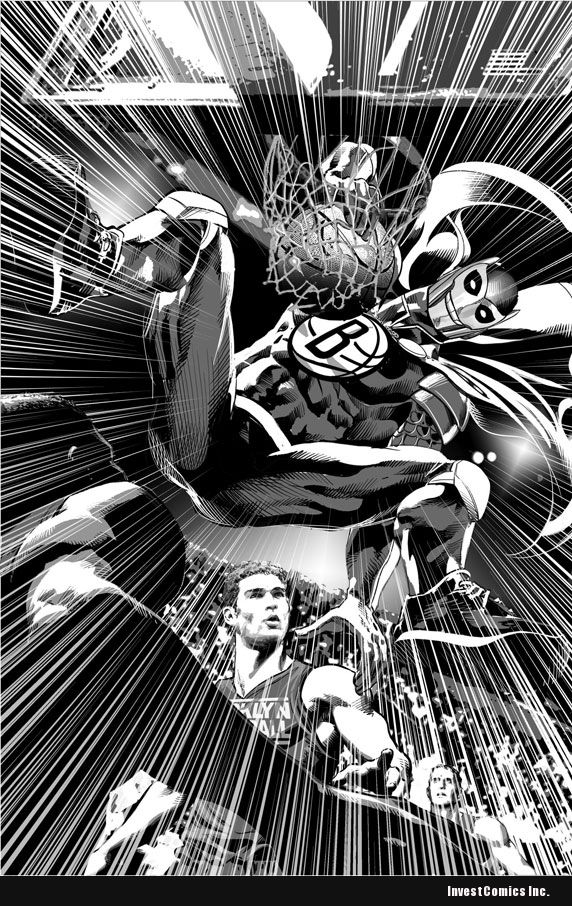 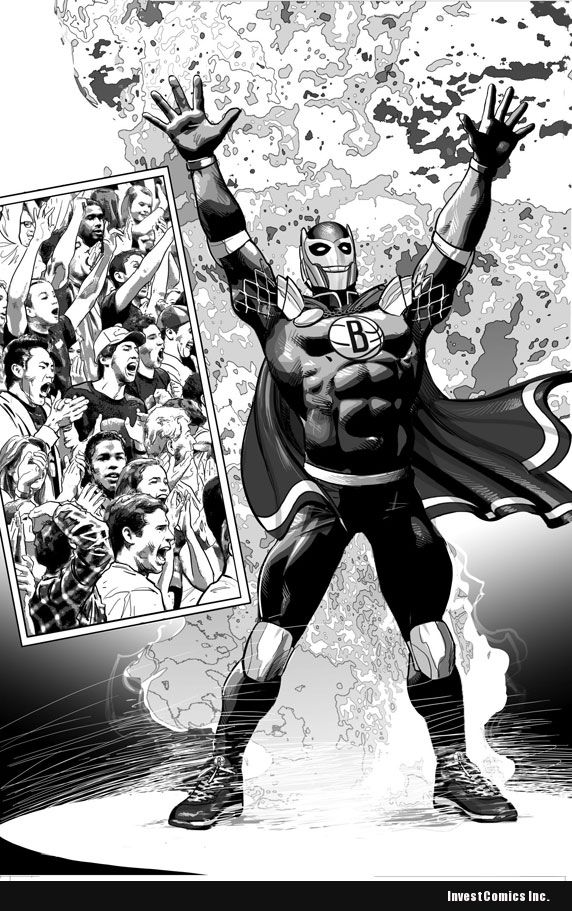 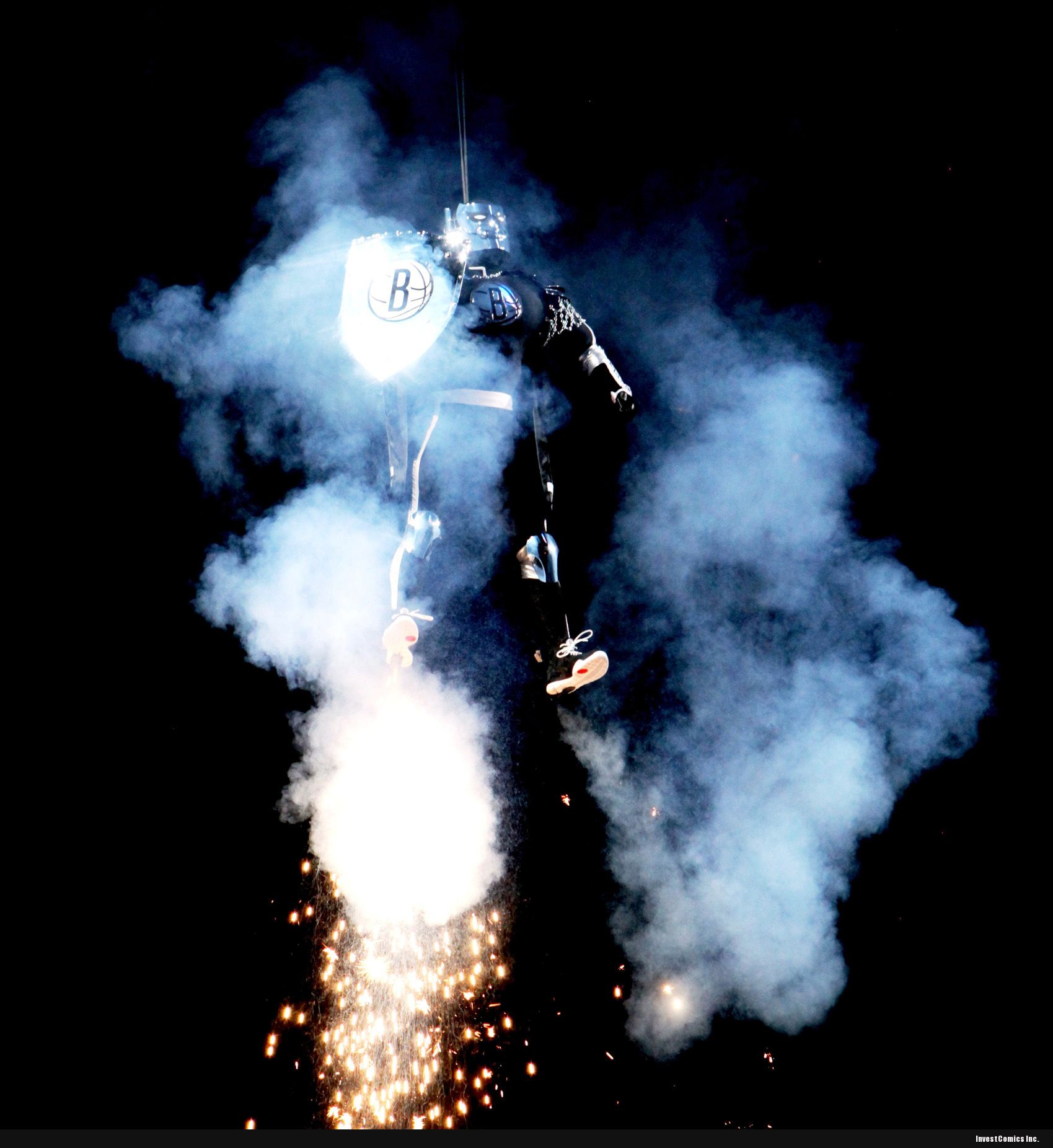