McFarlane and Kirkman seem to have a good thing on their hands as Haunt’s first issue sees multiple reprints.

Check out the cover of issue two and see what else is going on in the world of Haunt!

10 November 2009 (Berkeley, CA) – HAUNT, the sales record-breaking new superhero series conceived by Todd McFarlane and Robert Kirkman, faces yet another sell out with both its first and second issues completely sold through on a distribution-level.

"Getting this reception a second time around has us all very excited," Kirkman said. "HAUNT is having a tremendous launch at a period in time when the economy doesn’t really lend itself to people taking a chance on something new. Not only did the first issue set a recent sales record for Image, but as of last week the reprint and second issue are both gone despite very significant overprints. Todd and I are very appreciative of the fans and retailers supporting HAUNT. We hope to reward them back with years of stories to come."

HAUNT centers on a pair of brothers, Kurt and Daniel Kilgore, who act more like adversaries than family. Kurt, a secret agent, and Daniel, a less than holy priest, bond in a way neither of them expects after Kurt’s untimely death. A surprise fusing of Kurt’s ghost with Daniel’s body creates a chain reaction, turning the brothers into the character, Haunt. While both distribution-level sell out issues will return with all-new printings in December, earlier printings may be available in small quantities at your local comic book store. 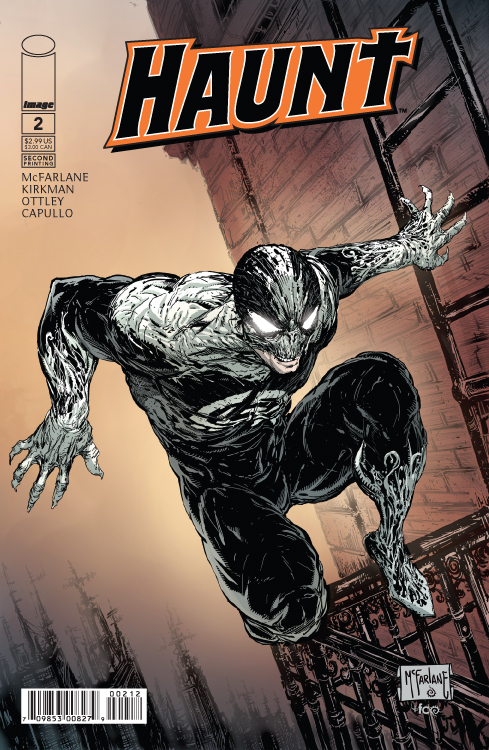