In 1992, Spawn, a new kind of superhero, stepped onto the comics stage under the banner of the newly formed Image Comics. Twenty years later, Todd McFarlane’s creation has become an iconic character in the superhero world, spawning into spin-offs, toys, an animated series, and a blockbuster movie…But the SPAWN comic book series has always been the center of that empire.

In celebration of SPAWN’s 20th anniversary, McFarlane will return this June as cover artist on his flagship title for the remainder of 2012. McFarlane will also take lead writing for this commemorative issue, SPAWN #220.

To celebrate the 20th anniversary of Image Comics, the first of these nine covers by McFarlane, SPAWN #220, depicts “Savage Spawn,” referencing the first issue of SAVAGE DRAGON by Erik Larsen. (Cover B – APR120410)

SPAWN #220 will also have a variant cover paying tribute to Rob Liefeld’s YOUNGBLOOD #1 (Cover C – APR120411), as well as an original cover from McFarlane himself (Cover A – APR120409). A black-and-white variant of each of the covers will be available as an incentive for retailers.

In addition, current SPAWN artist Szymon Kudranski has created a cover based on the original SPAWN #1 cover by McFarlane for the SPAWN: 20th Anniversary Collector’s Special (APR120418). This special edition of SPAWN #220 publishes Kudranski’s interior art in black-and-white along with additional content featuring a look back at a sampling of TODD McFARLANE’s inked pages from SPAWN #1. It is limited to 2500 copies.

McFarlane has embarked on this seven-month tribute not just to celebrate SPAWN’s and Image Comics’ 20th anniversary, but also to honor the rich history of all comic books.

“Early in my career one of the things I looked forward to after I finished the interiors on a book, was to sit back and try and come up with a single image that would catch the fan’s attention,” said McFarlane. “I had a pretty decent run with some of the Hulk, Spider-Man, and Spawn covers, and I’m going to come back and see if I can draw a few covers that will intrigue everybody.”

SPAWN #220 will be available for order in the April issue of Previews and in stores on June 6th. 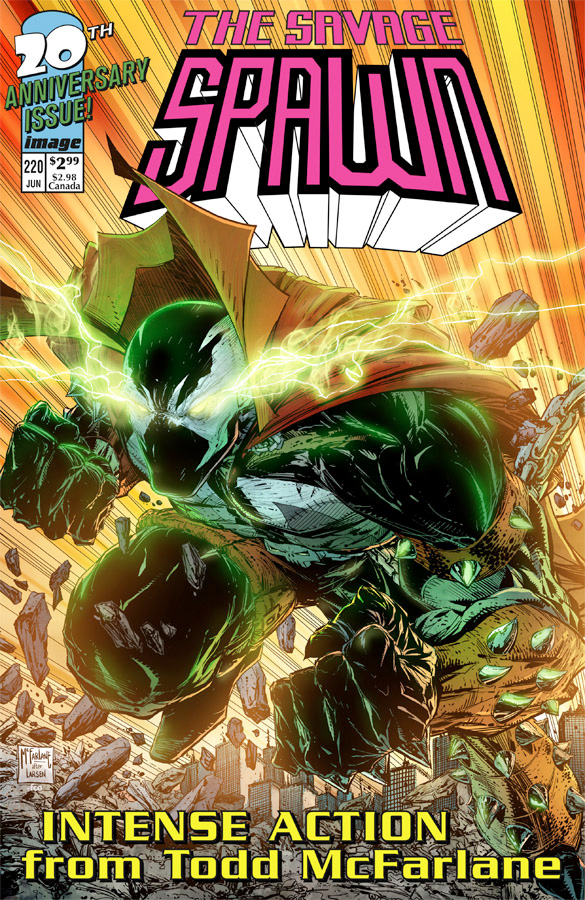 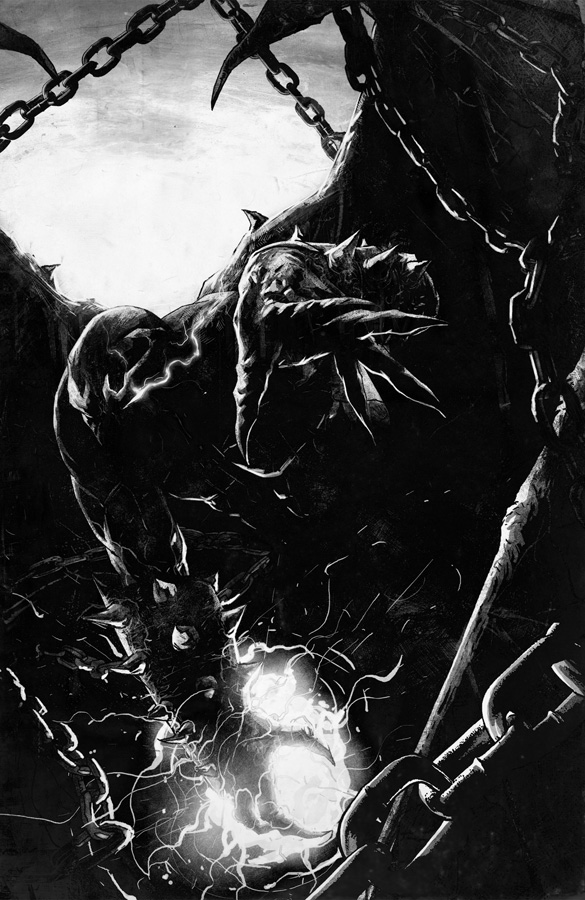