IT GIRL ON HER OWN

Mike Allred’s MADMAN ATOMIC COMICS wrapped up in 2009 with issue #17, with Madman and Adam Balm on a universe-wide tour with their band, leaving the rest of the Atomics back on Earth. This is when writer Jamie S. Rich (Spell Checkers, You Have Killed Me) started dreaming up a plan for It Girl, Luna Romy, who can take on the properties of anything she touches.

That dream becomes reality in August, when the first issue of IT GIRL AND THE ATOMICS will be published by Image Comics. Written by Rich, drawn by Mike Norton (REVIVAL, Battlepug), with covers by MADMAN’s creator Mike Allred and colors by Laura Allred, IT GIRL AND THE ATOMICS follows It Girl as she tries her hand as a solo crimefighter and adventurer.

But while It Girl is taking her new job seriously, learning the ropes — and pitfalls — of fighting crime on the street, her creative team gets to have all the fun.

“I got a small taste of what it was like to channel the Allred spirit when I wrote a couple of short pieces featuring Madman and Mr. Gum, and it was quite delicious,” said Rich. “That’s how I came to propose doing a spin-off as a way to keep the Snap City crew in the public eye.”

A meeting of the principles at K!ckstarter in 2011 solidified the plan. IT GIRL gained an artist in Norton, and a collaboration was born.

The first issue of IT GIRL AND THE ATOMICS catches up readers on just enough of back story to throw them straight into a new adventure. Readers who have never read MADMAN and long-time fans will be equally able to enjoy the story of It Girl confronting the man who murdered her sister (don’t worry — she’s fine now) and becoming the test subject in one of Dr. Flem’s space-time experiments.

“The Atomics really captured a vintage spirit that we don’t see in superhero books often enough anymore,” said Rich. “I want readers to have such a good time, they’ll finish every issue wanting more of the same.”

Allred describes himself as “a proud papa” of Rich’s and Norton’s effort. “I’m just excited and flattered that anyone would want to take my characters and devote this kind of attention to them,” he said. “Mike Norton is rocking it on this book. He’s a dynamo. Seeing him and Jamie take It Girl and the gang on their own adventures is like I’ve raised these kids, put them through college, and now I am watching them establish their own place in the world.”

IT GIRL AND THE ATOMICS is a full-color series, debuting on August 8 in comic book stores and digital platforms. It is available for pre-order now from the June issue of Previews. (JUN120428) 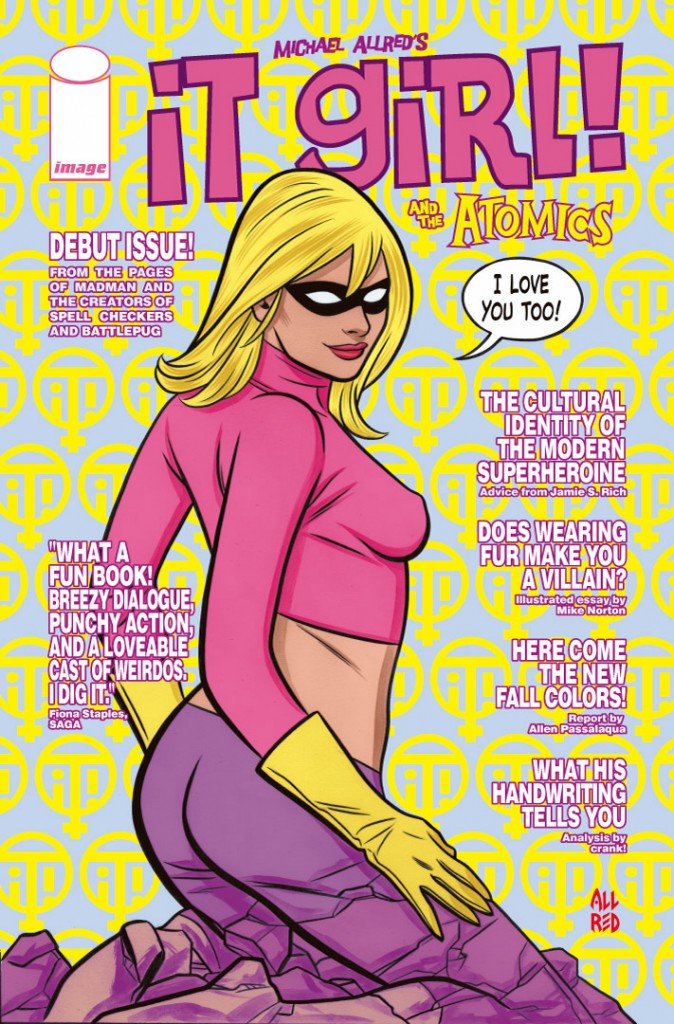