Marvel combines Ms. Marvel 39-41 so you can get a second chance at owning this storyline.

Get Caught Up Now With Ms. Marvel: War Of The Marvels

Marvel is pleased to announce after numerous sell-outs, Ms. Marvel #39-41 will return in Ms Marvel: War of The Marvels Must Have! Fan favorite writer Brian Reed, teaming with artists Sana Takeda, Luke Ross and Sergio Arino, present the Dark Avengers’ Ms Marvel breaking out into her own series! But what does the villain formerly known as Moonstone have planned during Norman Osborn’s Dark Reign? The Merc with a Mouth Deadpool, the Amazing Spider-Man, best at what he does Wolverine, and the unbreakable Luke Cage guest star in the prelude to ‘War of The Marvels”! Ms Marvel: War of The Marvels Must Have features the cover art of rising star Sana Takeda.

Fans and critics are raving about Brian Reed and the new direction of Ms. Marvel:

“What’s so fascinating about this current run of Ms. Marvel by Brian Reed is just how versatile he has proven both himself to be as a writer, as well as the character he writes, Carol Danvers, Ms. Marvel. […] This is a truly great book.” — Adam Chapman, Comixtreme.com

“I should be hit in the face with a 12 inch frying pan for even imagining a bad issue of Ms. Marvel.” — Mike Rapin, destroythecyb.org

“This issue has a few plotlines running through it, but I think Brian Reed handles it efficiently and effectively. I really think the best events and storylines of ‘Dark Reign’ are going to happen where you least expect them, and this is one of those places.”– Kevin Powers, ComicsBulletin.com

“Writer Brian Reed kicks the book into high gear in terms of story and pacing, and provides a great launch pad for the book’s upcoming ‘War of the Marvels’ storyline.”- Bryan Joel, IGN.Com

Marvel urges retailers to check their orders on Ms. Marvel and all Marvel Dark Reign tie-ins as they continue to sell out quickly! Don’t miss Ms Marvel: War of The Marvels Must Have! 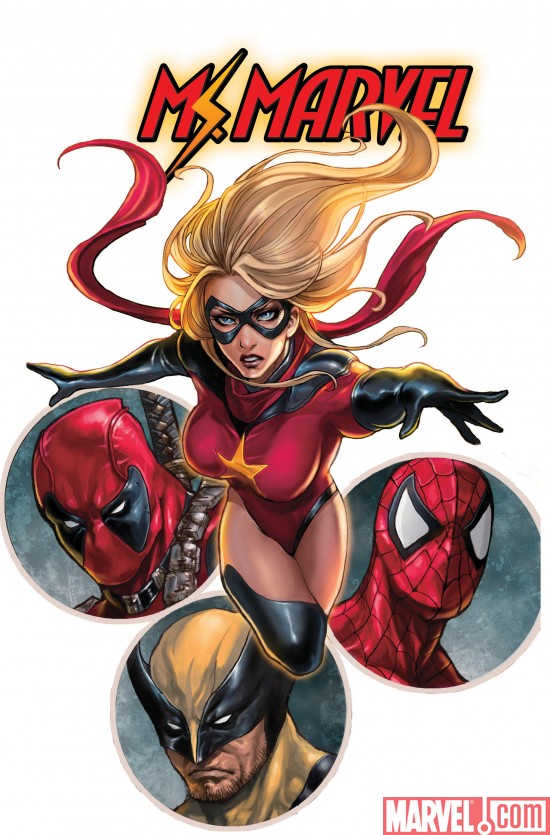