New York, NY (January 13th, 2014) – Marvel Entertainment is excited to announce the triumphant return of Peter Parker as everyone’s friendly neighborhood Spider-Man this April in an all-new AMAZING SPIDER-MAN #1. In 2012, the comic book world was shocked to find that Doctor Otto Octavius, aka Doctor Octopus, had switched bodies with Peter Parker and, in the process, left Peter Parker to die in Octavius’ cancer-ridden shell. Since then, Octavius has been fighting crime by his own dark methods in the pages of The Superior Spider-Man.

Teased throughout the entire run of The Superior Spider-Man, written by Dan Slott (The Mighty Avengers, She-Hulk), Peter’s presence never quite left his body and is now set to regain control and show the world who Spider-Man is – and no one could be more excited than Dan Slott himself. “I’ve been a Spider-Man fan since I was eight years old. Of COURSE I want to see Peter back! He is the one, true Spider-Man,” says Slott.

With Peter Parker swinging back into action in AMAZING SPIDER-MAN #1, Slott, including fan-favorite artist Humberto Ramos (The Spectacular Spider-Man, Pete Parker: Spider-Man), are returning readers to intense and highly kinetic web-slinging action. Senior Editor, Stephen Wacker says, “The entire creative team is incredibly excited to bring readers the next stage in Spider-Man’s life. And I can promise you that the plans for AMAZING SPIDER-MAN, over the next year, will be the biggest Spidey epic yet!”

However, the question on everyone’s mind has not been the “when”, but the “how” Peter Parker returns from the dead and Slott is quick to tease just that. “In a strange and terrifying way. And… possibly… at a very great cost. Remember, nothing is ever easy for Peter Parker. It’s one of the reasons he’s a true hero,” says Slott.

Every FIRST ISSUE bearing the All-New Marvel NOW! branding includes a code for a free digital copy of that same comic on the Marvel Comics app for iOS and Android devices.

AMAZING SPIDER-MAN #1 lands on comic book shelves this April! For more on Spider-Man & All-New Marvel NOW!, please visit now.marvel.com and join in the conversation on Twitter with hashtag #AmazingSpiderMan. 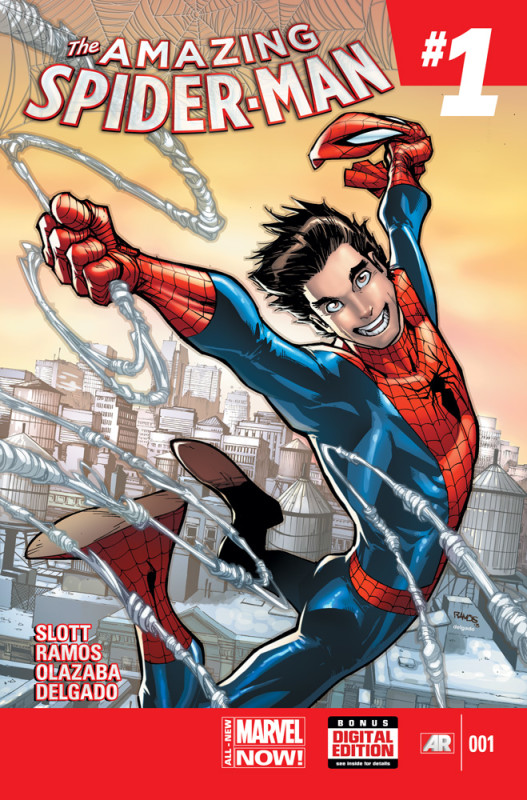 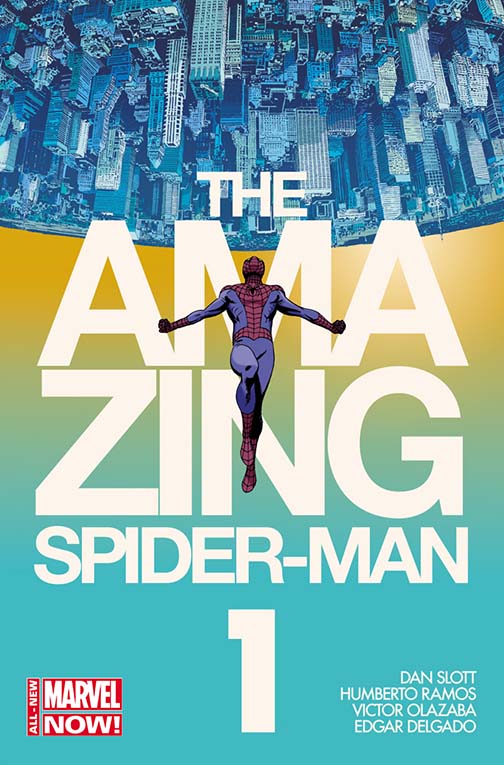 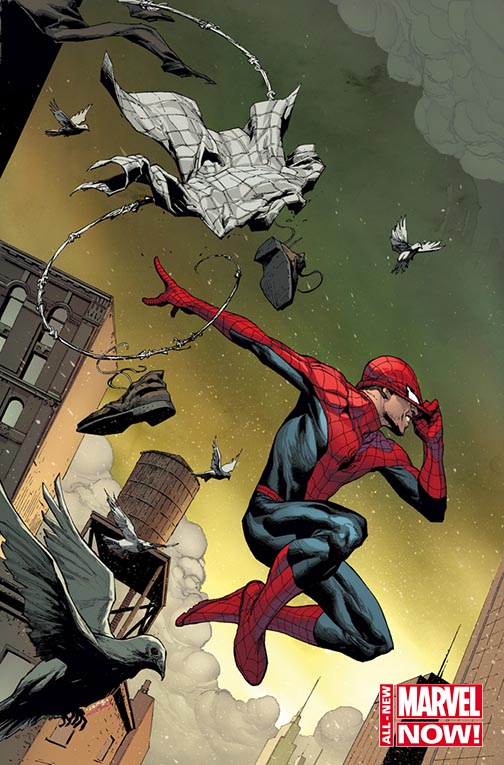 Marvel Entertainment, LLC, a wholly owned subsidiary of The Walt Disney Company, is one of the world’s most prominent character-based entertainment companies, built on a proven library of more than 8,000 characters featured in a variety of media over seventy years. Marvel utilizes its character franchises in entertainment, licensing and publishing. For more information, visit marvel.com.