Secret Avengers #2 Sells Out And Returns With Second Printing!

Marvel is pleased to announce that Secret Avengers #2 has sold out at Diamond (though copies may still be available at the retail level) and will return with Secret Avengers #2 Second Printing Variant! The superstar creative team of Ed Brubaker and Mike Deodato present the adventures of Steve Roger’s covert Avengers team! When a mission to Mars goes terribly awry, the Secret Avengers must band together and save one of their teammates from a terrible fate!

“With just two issues under his belt, there’s no doubt in my mind that Secret Avengers is the one Avengers book you should be reading.” – Miguel Perez, IGN.com

“Mike Deodato demonstrates particular brilliance in this issue, fully-rendering the Martian base and spacesuits for each character without resorting to generic designs.” – James Hunt, ComicBookResources.com

Who has sabotaged the Secret Avengers’ mission to the red planet? What will become of their fallen comrade? Find out in Secret Avengers #2 Second Printing Variant! 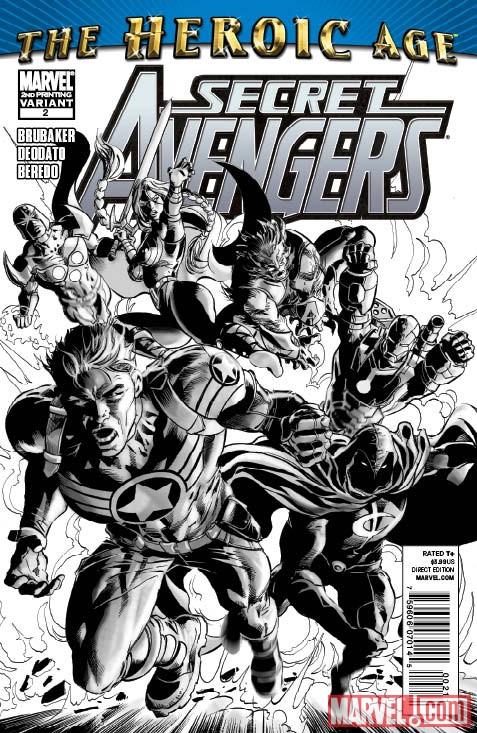