Leading into the Nintendo DS game, Image takes a look into the world of Sky Pirates.

SKY PIRATES OF NEO TERRA to set the stage this September for the upcoming Nintendo DStm fantasy racing game!

"Normally writing for an established property is a strict creative process, but the flush world of SKY PIRATES OF NEO TERRA has given us the freedom to have a lot of fun,“ writer Josh Wagner said. "In addition, since the video game uses Camilla’s art for character conversations, it’s very natural  to take those illustrations to the next level.”

SKY PIRATES OF NEO TERRA is the tale of a fantasy world once devastated by global catastrophe.  Through the tradition of Glidewing racing, order is preserved amongst the remaining tribes with an annual Great Race, where the winner of five consecutive glidewing races selects a leader for the Great Tribal Council.  The Pirate King has won four victories leaving him poised to undo the order the tribes of Neo Terra have worked to preserve.  With the help of friends, an impulsive young glide wing pilot named Billy Boom Boom must stop the Pirate King before he unleashes dark forces that would change existence, as they know it. 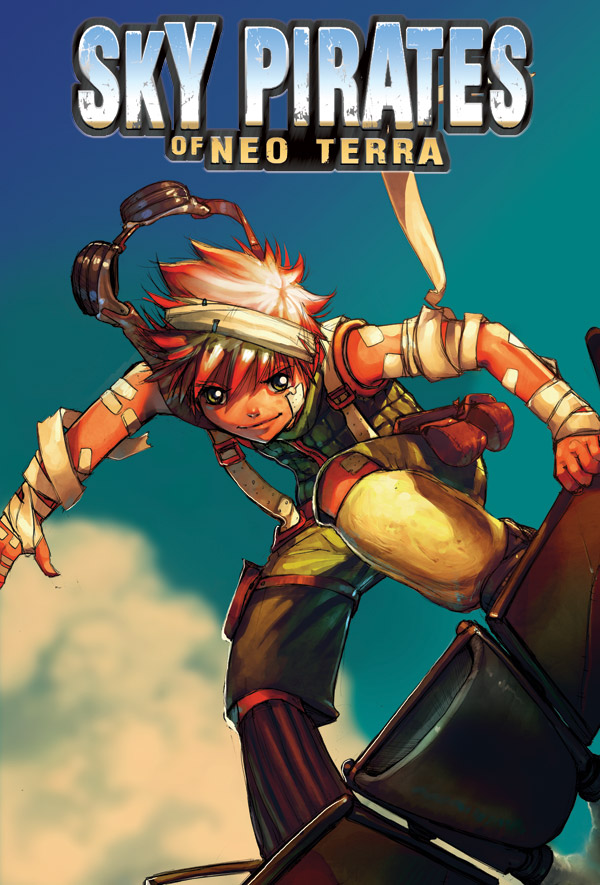