Marvel sent another creator teaser, this one indicating that ZEB WELLS will be working on Spidey (apparently in the Wolverine/Spider-Man/Elektra mini-series) once again. The thing that can get internet fans to wondering is which Spidey this is, Doc Ock or Peter. The Blues seem that darker-grey/blackish (though admittedly, I’m color-blind) of Superior Spider-Man, but his fingers and toes lack the claws and ninja-toe, looking more like the Amazing Spider-Man. 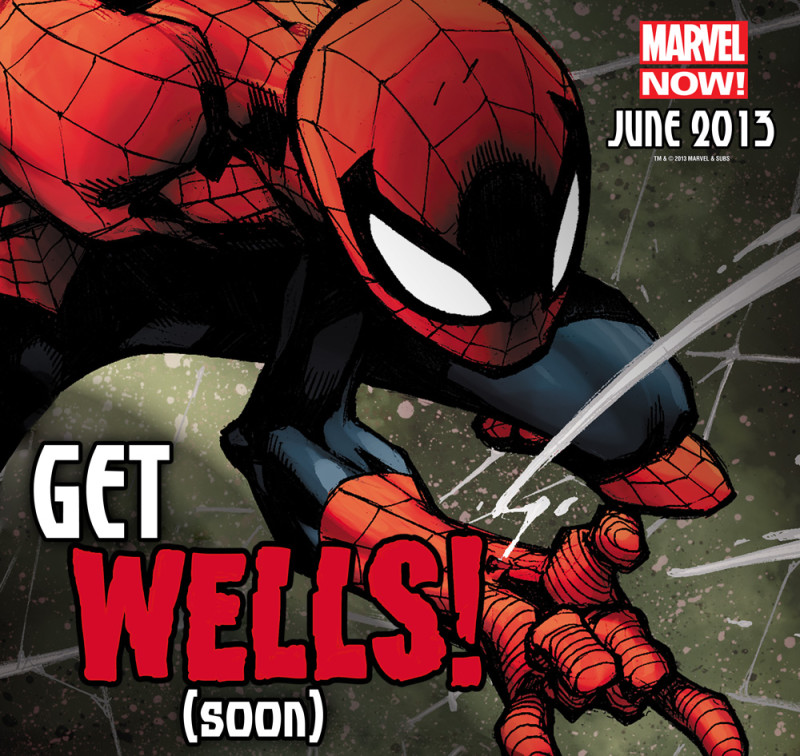