Continuing his personal quest to show the world why he is truly the superior Spider-Man, Otto Octavius looks to add cleaning up the City of New York to his list of accomplishments! But what’s his plan of attack? Eliminate Shadowland. All of it. With the Kingpin and Hobgoblin running crime throughout the city for far too long and nobody daring enough to take them down, the Superior Spider-Man takes matters into his own hands!

“Superior Spider-Man #14 marks a drastic change for the character AND the series. He’s got new allies, a new look, and an all-new agenda,” explained Slott.  “And we kick it off with a moment that will LITERALLY change the face of New York in the Marvel Universe! In ANY incarnation of ANY book with ANY character called Spider-Man, you have NEVER seen a Spider-Man operate like this before! Forget Superior Spider-Man Month! This chapter kicks off the Superior Spider-Man AGE!”

And just when you see what Superior Spider-Man is really capable of when given the opportunity – fans everywhere will be screaming for more! 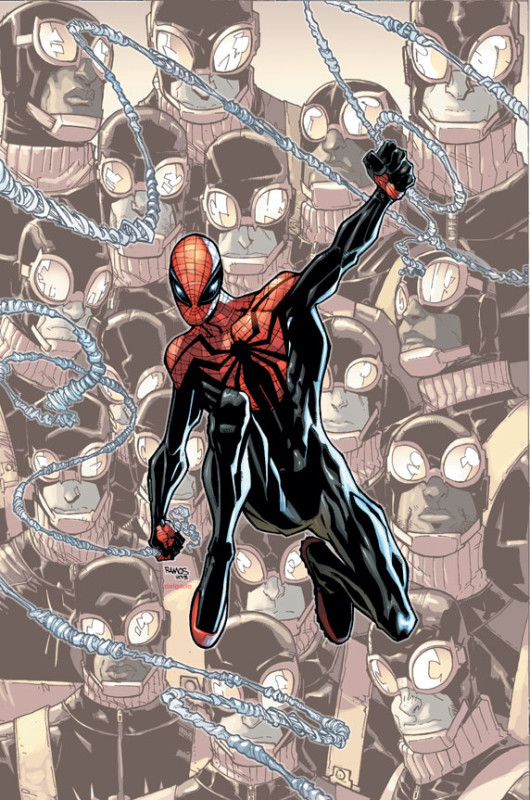