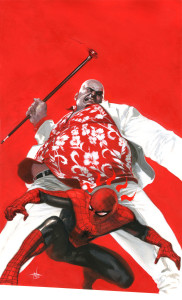 New York, NY—June 17th, 2013— Spinning out of the top-selling Marvel NOW! sensation “Superior Spider-Man”, Eisner Award Winning writers Mark Waid (Daredevil, Kingdom Come), James Robinson (Starman) and international superstar artist Gabriele Dell’otto (Secret War) take the world’s greatest super hero on a globetrotting adventure like never before in Spider-Man: Family Business –hitting stores worldwide in April 2014! Someone has Spider-Man in their crosshairs and there’s only one person in the Marvel Universe who can save him…Peter Parker’s secret sister! As the web-slinger faces his darkest hour, will she end up becoming his greatest ally…or the one who damns him? This all-new, fully painted, original graphic novel marks the second offering in Marvel’s all new original graphic novel line, featuring the world’s most popular super heroes brought to life by the best creators and debuts in a high-end, oversized format featuring sophisticated packaging and design.

Spider-Man’s life is full of deadly twists and turns, and when his greatest surprise is not only related to him but his sister, Spider-Man’s world is turned upside down! Who is this mysterious member of the Parker family, and can she be the ally Spider-Man desperately needs while the Kingpin is organizing the greatest global crime syndicate in the history of the Marvel Universe?! Thrust from the comforts of New York City and into the terrors of international crime, Spider-Man faces one of his greatest challenges yet. 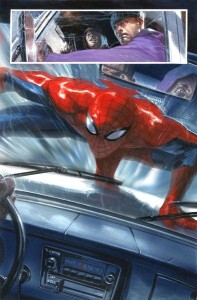 “This is a blast.” said Waid. “Adding new elements to the Spider-Man mythos, redefining the Kingpin, and doing it all in partnership with one of the medium’s best and most celebrated writers. What’s not to be excited about?”

“This is a truly unique moment in the life and career of Spider-Man and I’m honored to be a part of the team that gets to tell it,” added Robinson. “It’s been a blast working and collaborating with Mark, Gabriele, and editor Stephen Wacker. There is no amount of thanks or excitement that can truly measure the scope of the opportunity!”

To meet demand from Marvel Entertainment’s rapidly growing international fan base,Spider-Man: Family Business will be released simultaneously worldwide in North America, Italy, Spain, Germany, France, Brazil, Finland and Turkey. Every international edition ofSpider-Man: Family Business will be translated into each area’s primary language, allowing fans all over the world to effortlessly join in the global release of this graphic novel.

“Ask anyone in the world who their favorite super heroes are, and there’s no doubt that Spider-Man sits on the top of their list,” said David Gabriel, SVP Sales, Print & Digital, Marvel Entertainment. “With that peerless popularity in mind, we worked 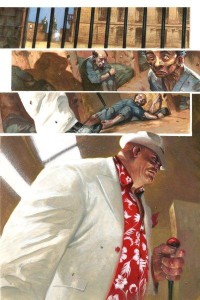 hard with Panini to ensure that Web-heads can enjoy Spider-Man: Family Business no matter where they are.”

“When you release a cutting-edge graphic novel featuring the greatest pop-cultural icon of this century, you spare no expense,” said Axel Alonso, Editor in Chief, Marvel Entertainment. “That’s why we brought out some of the comic industry’s top guns—Mark Waid, James Robinson and Gabriele Dell’Otto—for an unforgettable adventure that will surprise both new and seasoned longtime Spider-Man readers.”

Additionally, this original graphic novel will also include a code for a bonus digital edition ofSpider-Man: Family Business, redeemable for reading via the Marvel Comics app (for iPhone®, iPad®, iPad Touch® & Android devices) and online in the Marvel Digital Comics Shop. This code is included at no extra charge, allowing fans to keep their copy ofSpider-Man: Family Business safe on their bookshelves but still carry this jaw-dropping adventure with them on the go to read anytime, anywhere!Spider-Man: Family Business features special augmented reality content available exclusive through theMarvel AR app – including cover recaps, behind the scenes features and more that add value to your reading experience at no additional cost. 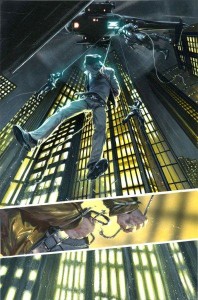 For a special look at Spider-Man: Family Business, clickhere to download a special trailer!