New York. NY—August 9, 2012— This October, a brand new team arrives on the scene to show what they are made of inYoung Avengers #1, kicking off the all-new ongoing series care of the blockbuster creative team of writer Kieron Gillen and artists Jamie McKelvie, Mike Norton and Matt Wilson! As part ofMarvel NOW!, Young Avengers  joins a number of titles that will take the Marvel Universe in an exciting all-new direction, as the industry’s top creators join the top Super Heroes to deliver all-new ongoing series, great for new and lapsed readers alike!

From the critically acclaimed duo of Kieron Gillen and Jamie McKelvie comes a reinvention of the teen superhero comic for the 21st century, uniting Wiccan, Hulkling and Hawkeye with Loki, Marvel Boy and Miss America. We have seen how our heroes handle the hardships of the world, but now we can bear witness as these Young Avengers grapple with challenges of becoming a new brand of hero. Will they be up to the task?  Will they be able to follow in the footsteps of the heroes before them?  Will they want to? Join in and watch as these young heroes discover who they truly are and how they can save the world.

“The Young Avengers are the team of tomorrow and an important step in right direction for the Marvel Universe,” said Axel Alonso, Editor In Chief, Marvel Entertainment. “This team’s youth is going to make for some very interesting stories as they forge a unique place for themselves in a world populated by super-powered characters.  And there’s no substitute for hard work. You’ll be watching a team grow into one of the Marvel Universe’s most powerful forces.”

“This is my chance to take a serious crack at reinventing the Marvel teen super hero for the 21st century,” said writer Kieron Gillen. “So I recruited my favorite collaborators in a Dirty-Dozen fashion, and set about the task. I couldn’t be more excited if I was having adrenaline pumped into me intravenously. If the original Young Avengers was about being 16, this is about being 18. It’s a small difference, but an important one.”

Each issue ofYoung Avengers features special augmented reality content available exclusive through theMarvel AR app – including cover recaps, behind the scenes features and more that add value to your reading experience at no additional cost.

This January, Kieron Gillen and Jamie McKelvie introduce the world to a new team inYoung Avengers #1!

ON SALE THIS JANUARY! 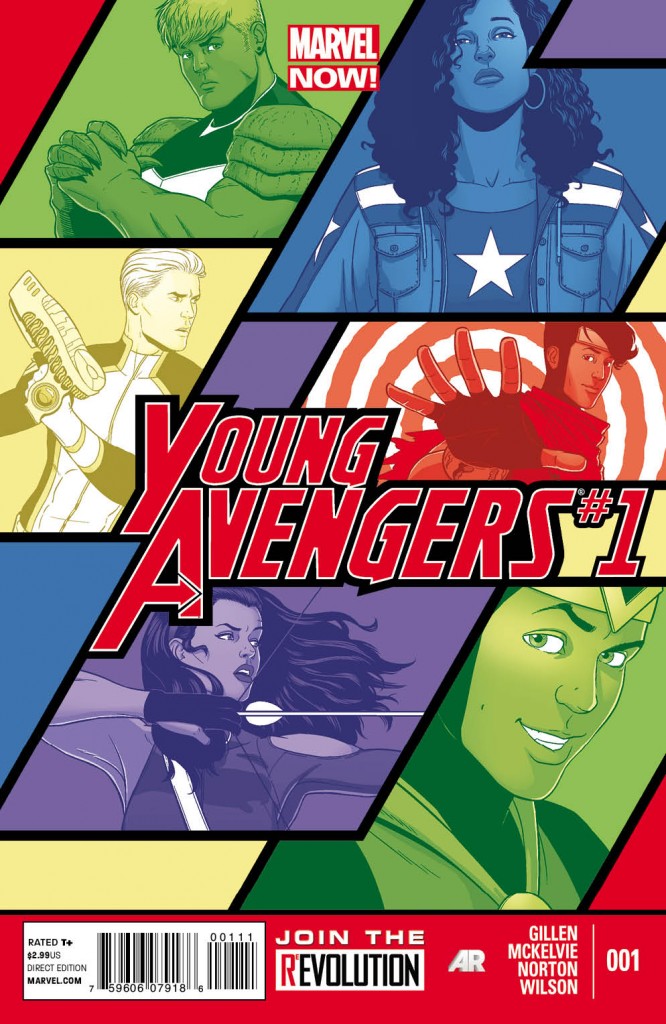 1 thought on “The Future of YOUNG AVENGERS Is Marvel NOW!”