The Golden Age Torch returns and that’s enough to sell out a first issue!

If you missed it the first time, here’s your second chance.

The Torch #1 Sells Out and Returns With A Second Printing

Marvel is thrilled to announce that The Torch #1 has sold out at Diamond (though copies may still be available at retail level) and will return with The Torch #1 Second Printing Variant!  The red-hot creative team of the legendary Alex Ross, acclaimed scribe Mike Carey, and rising star artist Patrick Berkenkotter present the return of Toro! Now that he’s back, courtesy of his friend Captain America , can Tom Raymond ever find a sense of belonging in a world so different from the one he knew? Not if the man who killed him, the maniacal Mad Thinker, has anything to say about it!  Plus, this second printing features the stunning interior art of Patrick Berkenkotter on the cover!

Critics and fans alike are crazy about The Torch:

“The multi-layered script kept me “thinking” about the story long after I had actually finished reading the book itself.  Mike Carey has managed to pull off that extremely rare trick of making the reader look closely again at a character whom they thought they knew everything about.” – Marlowe Lewis, MajorSpoilers.com

“The Torch #1 is an engaging read… It’s a far more intimate and thoughtful look at a classic Marvel character, and it’s worth a look.” – Jesse Schedeen, IGN.com

“A nice salute to the history of the Marvel Universe… Like many of the best stories in comics, this one came out of nowhere and stuck to me.  Definitely worth the price.” – Doug Zawisza, ComicBookResources.com

Marvel urges retailers to check their orders on all Torch issues, as the series continues to garner significant praise from both critics and fans everywhere.  What does the Mad Thinker plan to do with the corpse of Jim Hammond, the original Human Torch?  Can Toro survive this encounter with the man that has already killed him once?  Find out all the answers in The Torch #1 Second Printing Variant! 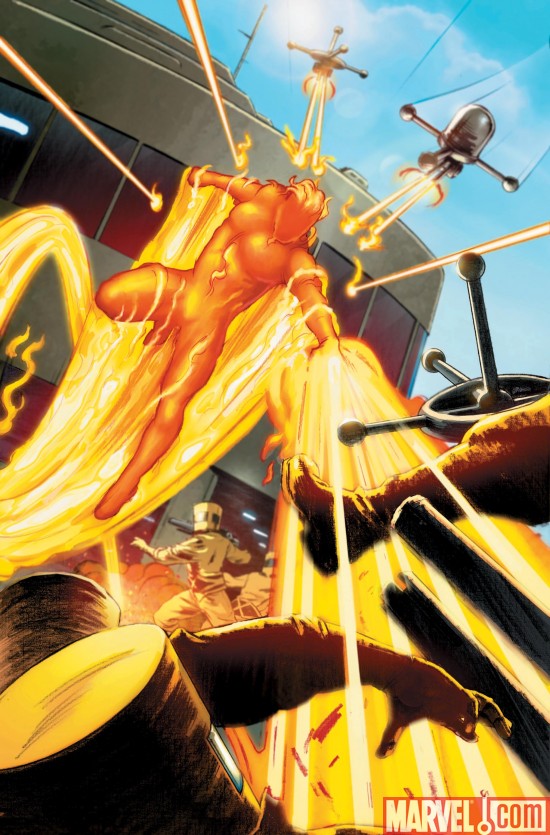