That Utopia crossover continues to rack up sales numbers.  That means X-Men Legacy gets a second chance at your heart.

X-Men Legacy #226 Sells Out And Returns With New Printing!

Marvel is pleased to announce that X-Men Legacy #226 has sold out at Diamond (though copies may be available at the retail level) and will return with X-Men Legacy #226 Second Printing Variant! Chaos erupts in San Francisco ! As protesters take to the streets, can Rogue and her team quell the anguish of the Humanity Now! coalition? Acclaimed scribe Mike Carey and artist Dustin Weaver present this epic tie-in to the Dark Avengers/Uncanny X-Men Utopia storyline as the Dark Avengers arrive and fuel the fire of the mutant conflict. Do the X-Men dare defy the supreme rule of Norman Osborn? Don’t miss the new second printing cover featuring interior art by Dustin Weaver!

Critics and fans are ecstatic about X-Men Legacy #226!

“This was a good solid X-Men adventure, dealing with the problems of the mutant species whilst mixing it up with some cool villains, classic X-Men stuff.” – MatthewHex, comicvine.com

Marvel urges retailers to check their orders on X-Men Legacy following a quick first sell out! With Norman Osborn’s henchman in town, whose side will the remaining mutants choose: the X-Men or the Dark Avengers? Find out in X-Men Legacy #226 Second Printing Variant! 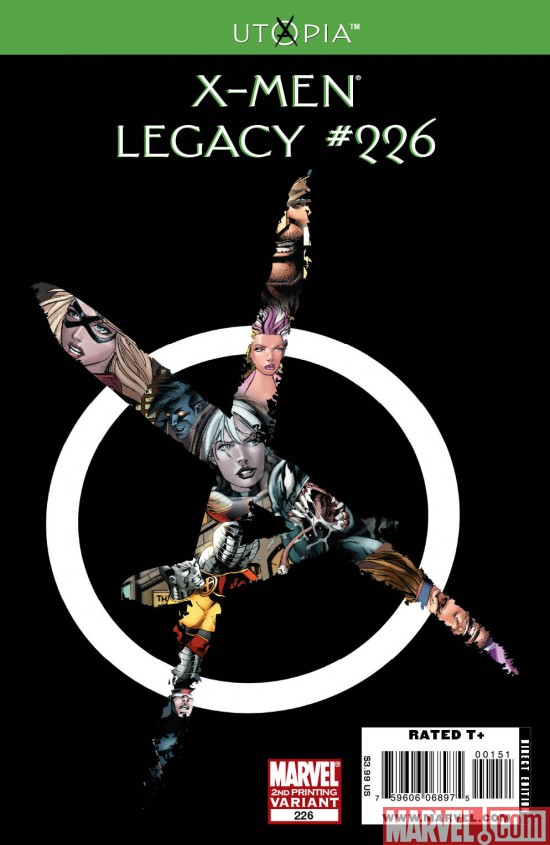 17 thoughts on “X-Men Legacy back to press”