“The 10th Muse,” the cornerstone property from comic book publisher Bluewater Productions was recently optioned by Vanquish Motion Pictures to turn the eponymous hero into a television series.

According to Bluewater, the studio picked up the rights for the long-running comic book and graphic novel series which tells the story of a young law intern imbued with the essence of the Greek mythological goddess of justice.

“We’re going to sink our teeth into Darren’s treasure chest of storylines and spin them into a show that kicks ass with all the mystery and action the fans would expect,” said VMP head Jay Douglas, who is also set to executive produce the series with partner Nav Gupta, Marc Manus and Bluewater’s Darren Davis.

The studio has tapped TV veteran scribe Jennifer Quintenez to write the pilot.

“I’m really excited to dive into this world that Darren Davis has created.  The characters and Emma’s central dilemma are rich and interesting – I think they’ll prove a fantastic engine for a long-running series.  I love the tension between “justice” and “the letter of law,” and look forward to playing with the ways that tension impacts Emma and her friends.”

“10th Muse” debuted in November 2001 through Image Comics and soon rocketed to #6 on Diamond’s Top 100 beating out several well-known and established titles. The issue featured a story by revered comic book legend Marv Wolfman. In the years since, “10th Muse” appeared in several mini-series and graphic novels, most recently a collection of crossover stories with characters from other publishing companies.
According to Vanquish Motion Pictures the series will revolve around a group of budding law students starting a prestigious internship at the San Francisco’s DA’s office.  At the heart is Emma Sonnet, who recently disappeared for a month in Greece and returns with no memory of her missing days.  What she does come back with is a strange new gift, which drives her to pursue justice even to the point of bending or breaking the laws she’s devoted to serving.   As Emma discovers her connection to the nine Greek Muses of antiquity, the underlying mystery of her power unfolds.  Emma is the Muse of Justice – the “10th Muse.”

You never forget your first love,” said Bluewater president and series creator Davis. “10th Muse is iconic for Bluewater and for me personally. I cannot wait to turn on the TV, hear the cool theme song, and know I am in for an hour long action-adventure ride.”

A new “10th Muse” comic book series is planned starting this summer.  Also a series of graphic novels are planned for the spring.

Vanquish Motion Pictures is currently producing the upcoming feature “DevaShard,” based on the Hong Kong epic/fantasy graphic novel, with “Prince of Persia/Pirates of the Caribbean” producer Eric McLeod and “Underworld” co-creator Kevin Grevioux. Douglas and Gupta are also producing the action/thriller “Broken Sword” based on the nostalgic globe-trotting video game with Radar Pictures.

Quintenz, with a background in comics, wrote storylines for the award-winning “Red Star”, sold a feature script to Intrepid Pictures and has keen interest in her Young Adult supernatural novel, which is circulating among publishers.  Quintenz’s TV experience includes episodics for Twentieth Television, as well as a WGA award for her original pilot, “Thrall.” 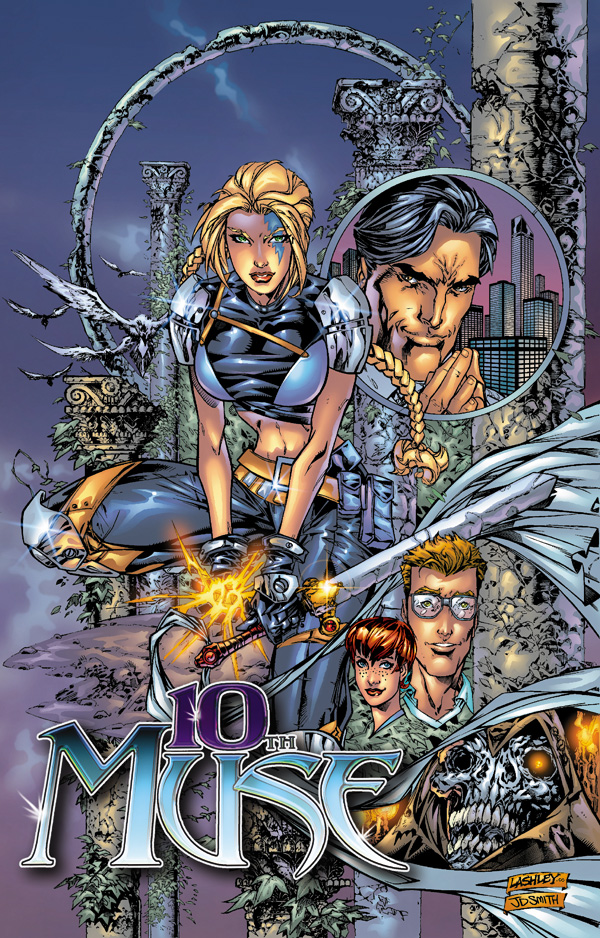