BERKELEY, CA – 7 June 2011 – Mere days after the introduction of Frank Cho and Doug Murray’s 50 GIRLS 50, Image Comics has announced the first issue of their sexy sci-fi epic has sold out. A second printing is being readied for a July 6 release.

Co-created by Cho and Murray, with art by 50 GIRLS 50 talent search winner and current ELEPHANTMEN artist Axel Medellin, 50 GIRLS 50 chronicles the fantastic voyage of the Space Vessel ESS Savannah and her beautiful crew as they fight to escape hostile aliens and exotic worlds, searching for the wormhole that will take them to their ultimate destination: Home.

“It’s been a blast watching this project develop over the last few years, first an online talent search and then as Axel was turning in pages and Frank was planning out covers,” said Image Comics Publisher Eric Stephenson. “Everyone involved has done a fantastic job, every step of the way, so it’s a real pleasure to see such an enthusiastic response to the first issue.” 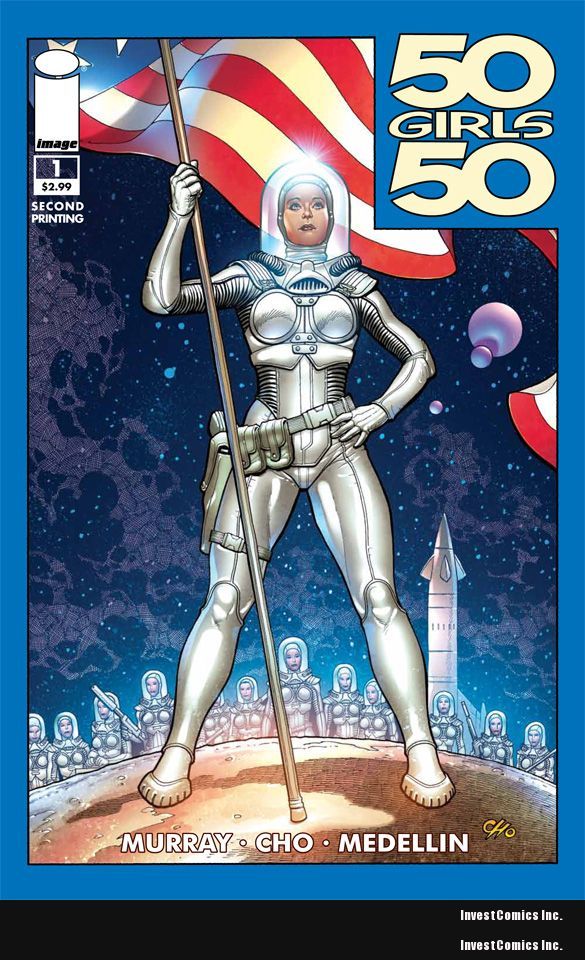