She is the only warrior powerful enough to save the world from the wrath of the Knave, a demonic samurai
army led by her father, Terminus. Although Shianndrea longs for a normal life away from the weight of her destiny, she is hunted at every turn.

Taki Sato, one of the most deadly warriors in all of Japan wants Shianndrea dead and the monstrous tracker known as Desai would like nothing more than to restore his honor by breaking Shianndrea and returning her to Terminus.

Now this reluctant warrior must cope with the fear of her destiny, a battle to the death and a rumor that another
clan member is traitor.

Action Lab Entertainment is proud to present JETTA: TALES OF THE TOSHIGAWA as a digital exclusive comic, available in Nook, iOS, Android, Kobo, Kindle, Graphicly and additional formats in Mid-May.

Created by Martheus Wade and optioned for a motion picture, “BEGINNINGS” will be the first in a series of Jetta: Tales of the Toshigawa digital omnibus collections to be released over the next two years. “Beginnings” collects Jetta – Last Chances (first published in 2003) and Jetta – Crucible (first published in 2009) into one 120 page
full color graphic novel.

With all new story additions, art and ending commentary, Beginnings brings an entirely new reading experience to these exciting books and provides an excellent jumping on point for new readers who have always wanted to check out one of the most popular female characters in independent comics.

Additional previews to come soon. Get ready for Jetta!

Action Lab
Entertainment was founded in 2010 by a group of indie-maverick comic creators with the sole intent to bring the world the most action packed, most thought-provoking, most entertaining comics available, thereby ushering in a new age of world peace under the dominating, yet benign control of the Action Lab. Action Lab Entertainment is the public front for all the activities of the Action Lab and its members. Although most of the Action Lab’s activities remain classified, Action Lab Entertainment can disclose that two of its many functions are the marketing of comic books through various sales outlets, and the expansion of their domination into other mediums. For more information, visit www.actionlabcomics.com. 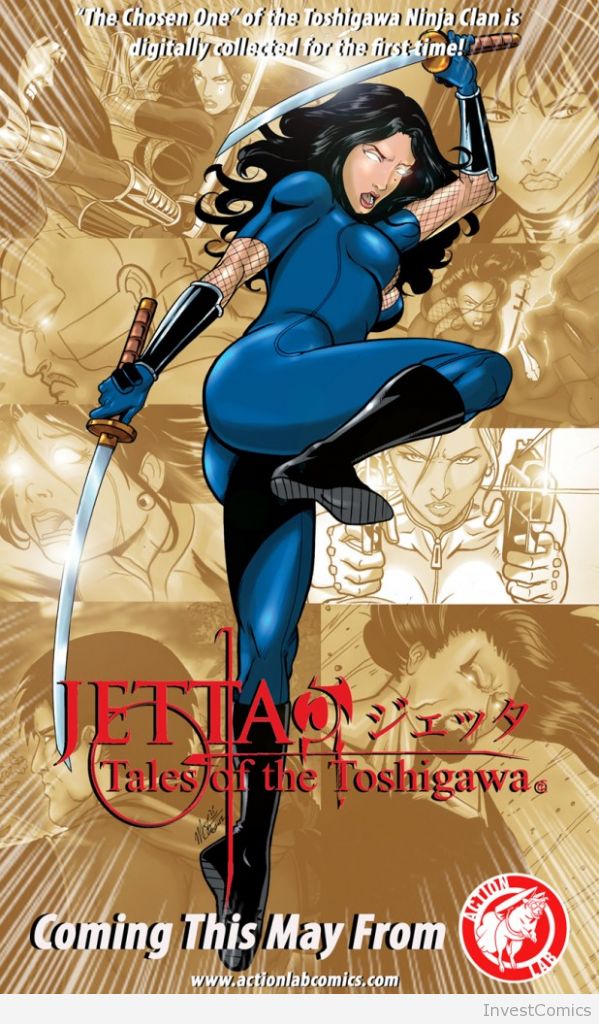