Image Comics Introduces Severed: A Tale of Horror in the Early 20th Century
BERKELEY, CA — 4 May 2011 — Eisner nominated writer Scott Snyder (American Vampire, Detective Comics), writer Scott Tuft and New York Times Best-Selling artist Attila Futaki (Percy Jackson) have announced a new project with Image Comics, set to debut this August. Image has built a deserved reputation as the industry leader for providing readers with quality science fiction and horror material such as the massively popular titles THE WALKING DEAD, CHEW and HACK/SLASH, and like those titles, SEVERED is unlike any other monthly series and sure to be a hit with comic book and horror fans alike.

“SEVERED is a unique story that is extremely close to my heart, and in order to maintain complete creative control with the comic, Scott Tuft and I knew that it needed to be creator owned,” Synder commented. “We are extremely happy Image is giving us the platform to release SEVERED.”

The accomplished writing team of Snyder and Tuft are collaborating on the character-driven horror script that uses the landscape of the past to tell a story that is fresh, new and entirely relevant today. Add the exquisitely subtle style of Futaki’s painted illustrations, and you have a comic that will sneak up on you, sink it’s teeth in and never let go.
“I’m having such a great time bringing SEVERED to life,” artist Attila Futaki said of his work on the series. “Snyder and Tuft have created dynamic characters and an engrossing world that is a thrill to realize. The old-fashioned and precious world is a pleasure to draw and I am very excited about getting blood all over it!”

“When Scott and I first saw Attila’s art, we knew he was the one to bring our story to life,” added Tuft. “His art goes above and beyond the call and it keeps getting better. Not only is it scary, but his ability to capture the emotions of the characters and the tension of a scene is truly unique. We are so lucky to have signed him up.”
Snyder continued: “This story digs deep into the American psyche, exploring a time when a vast network of rail supported a society of vagabonds and when the automobile made even the darkest corners of the country accessible to everyone. Tattooed traveling salesmen, black-faced minstrel men, cross-dressing tramps: SEVERED is filled with unexpected characters and tells a story that is not only uniquely American but certainly one of the scariest things I have ever written.”

SEVERED is mostly set in 1916 and follows Jack Garron, an idealistic 12-year-old who has taken to the road in search of his father, a wayward minstrel. Along the way, he meets up with a mysterious, charismatic salesman whose pearly whites cover the razor sharp teeth that he uses to feed on the innocent. Jack soon finds out that out on the roads and rails of early 20th century America, nothing goes wasted.

SEVERED #1, a 32-page full color horror comic book priced at $2.99, will be available for order in the June issue of Diamond Previews and goes on sale August 3, 2011. 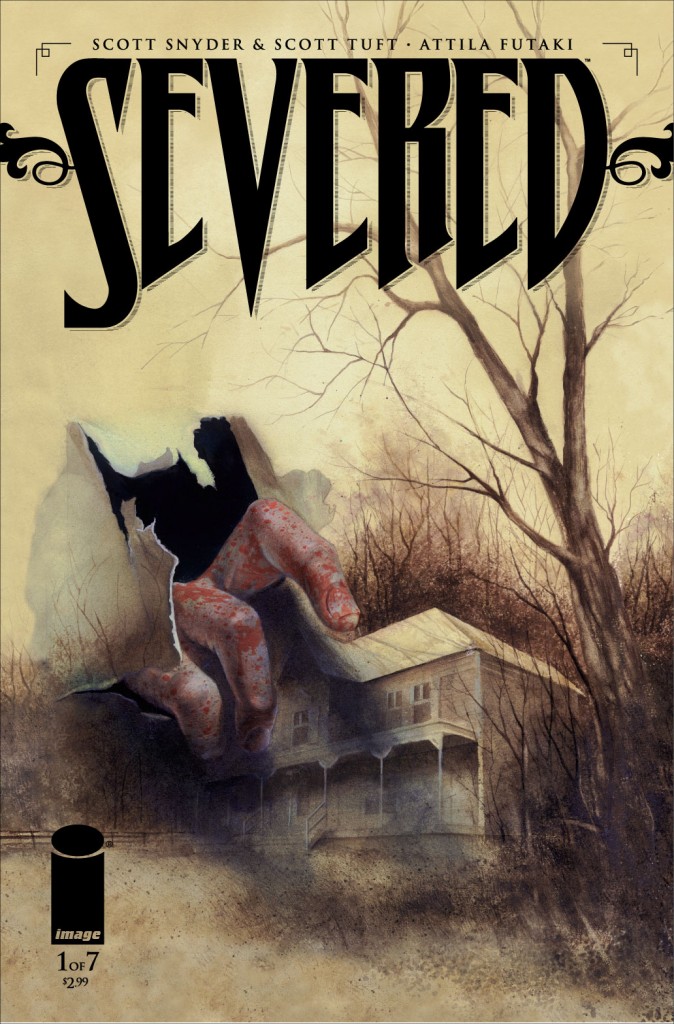