To celebrate the Cincy roots of these novels, Harper Voyager is streaming Kim’s Jo Beth Cincy event (this Friday at 7 pm) LIVE to fans around the globe.  The virtual events is a fabulous tool, as it brings commerce into our bookselling partner from far outside the city limits — people who can’t attend in person can watch online at http://www.vivolive.com/harpercollins/kimharrison and order personalize copies of the book via the Jo Beth website. We’ve had upwards of 500 people attend similar events for romance authors…With Kim’s global popularity, this virtual (and bricks and mortar) event could see thousands.  Win-win for Kim and Jo Beth! And we’re very excited to share that Assignment X will also be streaming the event online as well. 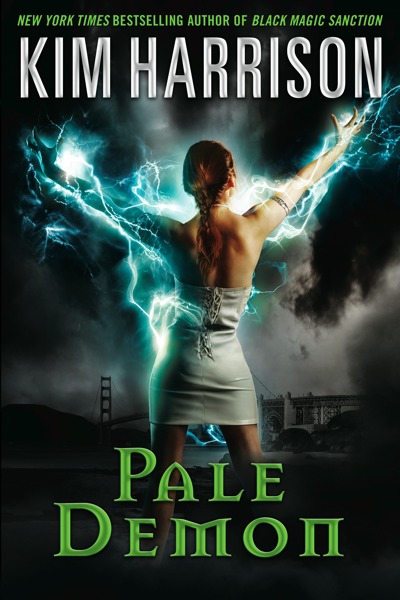 An Elf, a Pixie, a Living Vampire and aWitch Take a Cross-Country Road Trip… With more than 2.5 million copies currently in print of her bestselling Hollows novels, New York Times bestselling author Kim Harrison is one of the leading voices in urban fantasy.  And, now in the proud tradition of Jack Kerouac (a very twisted Jack Kerouac) and American Gods, Kim takes her fiction for a road trip…begging the question, what happens when an elf, a pixie, a living vampire and a witch who dabbles in black magic are forced to travel 2300 miles cross-country (in three days or less), jammed into an ‘89 blue Buick?

People are already talking about PALE DEMON, Harrison’s forthcoming book (on-sale 2/22/11) – and the author is set to embark upon a cross-country road trip of her own (to rival the unearthly journey chronicled in the book).

Here’s a sample of advance buzz…we’d love to find out if we could arrange an interview opportunity or some sort feature coverage for Kim with you?

Publishers Weekly STARRED REVIEW “Elegant and taut as a gymnast’s cartwheel, Harrison’s polished prose drives a story that will have readers swerving in their seats every time Rachel turns the wheel.”

Library Journal “As in Harrison’s previous books, this one features plenty of action and a strong central character…”

Booklist “The Rachel Morgan series is fast becoming one of the hottest tickets in the urban-fantasy subgenre.”

Io9 Travelogue Blog by Kim Harrison “…after eight books in the same streets, I needed new vistas for Pale Demon. My main character, Rachel, also needed some time to figure things out, and what better way than a blue Buick going west with a vampire riding shotgun and a wealthy elf grumbling in the back seat that Mickey-D’s was not an acceptable lunch stop?”