According to multiple sources, most notably Bendis’ own Twitter feed and Facebook page, The FX network has given POWERS the greenlight for a TV series.

The property, created by Brian Michael Bendis and Michael Avon Oeming back in the nineties has been looked at for TV before, when SONY opted it about 10 years back, but that fizzled out.  FX is really pulling out the stops, assigning some major names behind-the-scenes. CHARLES EGLEE, who recently adapted another hit comic into a hit TV show with AMC’s treatment of Robert Kirkman’s THE WALKING DEAD, will executive produce along with MICHAEL DINNER, DAVID ENGEL, and CIRCLE OF CONFUSION. 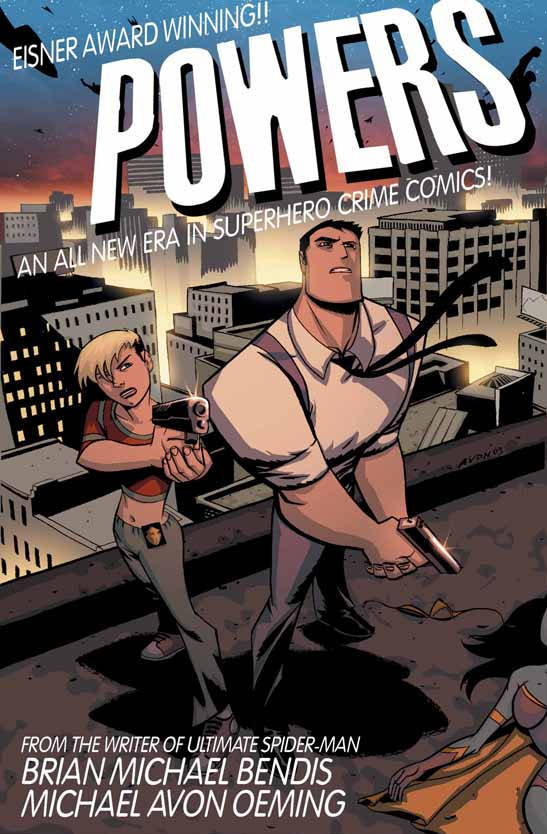