Everyone who’s anyone is excited about the upcoming Iron Man movie.  Marvel’s working that hype by making comics about some of the co-starring characters.

And Black Widow was due.

“ Leon ’s bold, thick lines and heavy inks capture the roughness and harshness of World War II-era Russia well, and his faces are subtly expressive–by which I mean that they capture the emotions of his characters realistically, without resorting to exaggeration or caricature.” –  David Wallace, ComicsBulletin.com 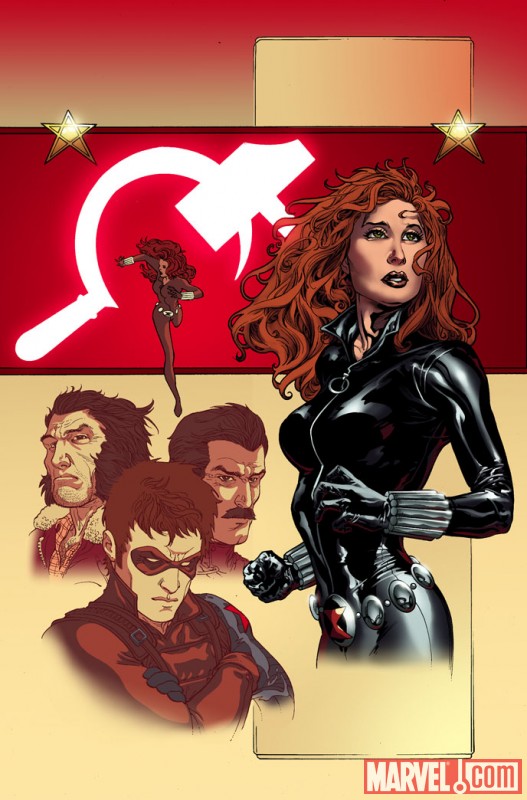