Mark Waid invites you to celebrate with BOOM! Studios.

The Only Party At Comic-Con Where Everybody Is Invited!

“Do shots with Mark Waid and find out if he truly is evil!” 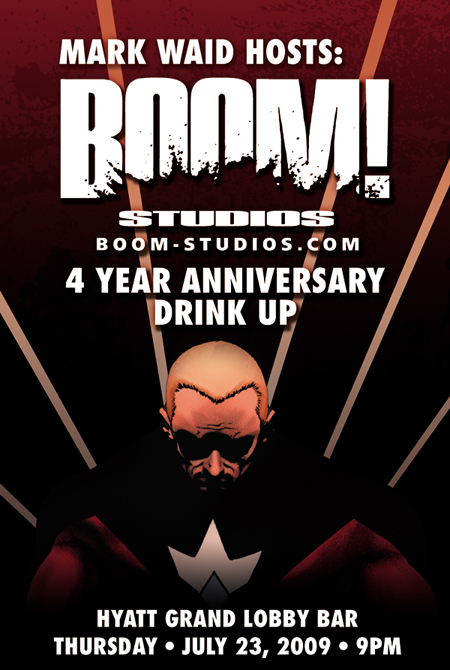 This is an open invitation event. No RSVP needed. No tickets required. We’re BOOM! Studios — we don’t roll that way!

Where: Manchester Hyatt Grand Lobby Bar
When: Thursday July 23rd from 9 to ??

*For those not in the know, a “Drink Up” is just like a “Meet Up” but with people drinking. This will be a gathering of friends and fans, so make plans to stop by see what’s happening!