One comic is chosen to go under the scope. What is the best course? As a speculator, is it worth buying, selling or holding?
Here are the pros and cons, YOU decide.

PROS: The first appearance of Cable. One of the hottest moderns in today’s market. Cable will appear in the second Deadpool film. With Disney buying Fox Studios, does this mean MORE Cable in the future? A CGC Graded 9.8 sold for $490 on February 4, 2018. The cover is a Rob Liefeld/ Todd McFarlane collaboration.

CONS: According to the CGC census, a total of 5,529 are graded a 9.0 or higher. 836 are CGC Signature Series under this umbrella (9.0 or higher) – The entire total CGC amount graded is 6,504. Not including the 27 restored copies – 1014 total Signature Series – This is not considering any of the CBCS graded and witnessed books (no census) – We must be closing in on the 10k mark here, or have we passed it? – Not a difficult book to find in near mint condition at all – The census here is extremely top-heavy – Will the Cable character be a one and done with film? – If so, price will bottom out a bit and a $850/$1200+ signed copy will be substantially lower – When the correction hits the market, this may take a hit due to the abundance availability of this comic and its “easy to find” near mint copies.
2020 update – A 9.8 CGC sold for $340 (no signature/blue label) on May 30th 2020. A 9.8 CGC signed by Rob Liefeld (yellow label) sold for $420 in late April. Actor Ryan Reynolds (Deadpool) has publicly stated via an interview that the Deadpool character, now with Disney, is in a precarious state. He’s not sure when we will see the R rated, if ever, or a PG version of Deadpool again for the foreseeable future. Not a good thing to hear regarding such an easy to get book in the aftermarket. 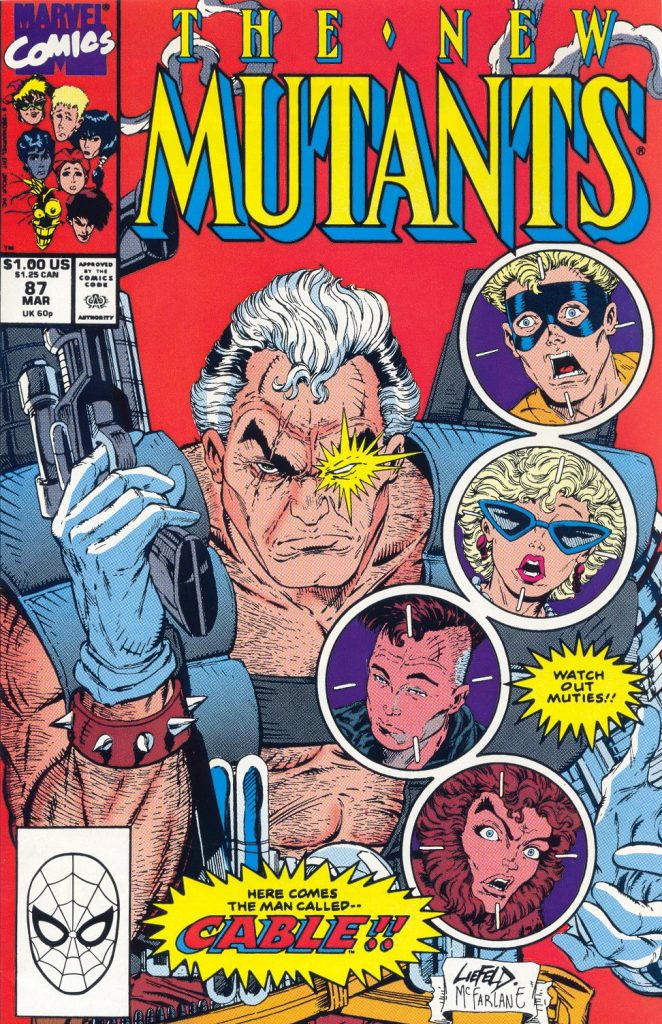 Here are some other Key Cable comics. Click the comic to Buy/Bid from ALL available Ebay sellers