But not in any new appearance-type thing.

For the first time since it’s original printing, Spawn #10, featuring a team-up with Cerebus and Spawn, will see reprinting in the Spawn Origins Collection: Deluxe Edition HC.

Make plans to pick it up today!


Classic SPAWN and CEREBUS crossover returns to print after over fifteen years!

t hasn’t been reprinted since it first came out," SPAWN #10 writer and CEREBUS creator Dave Sim said. "I’m very glad that’s all over with
after 14 years. Todd sent me black and white scans of Spawn 10 which will be published in a Cerebus Miscellany volume someday and,
hopefully, Spawn 10 will be included in any and all future collections if the Toddmiester decides to make that official McFarlane policy."

for the most successful independent comic book ever published. This limited edition hardcover includes classic SPAWN stories written by Sim,
Alan Moore, Frank Miller, Grant Morrison and McFarlane himself in one massive slipcase collection. It will mark the first time Sim and McFarlane’s
collaboration has seen print since it first appeared in 1994. 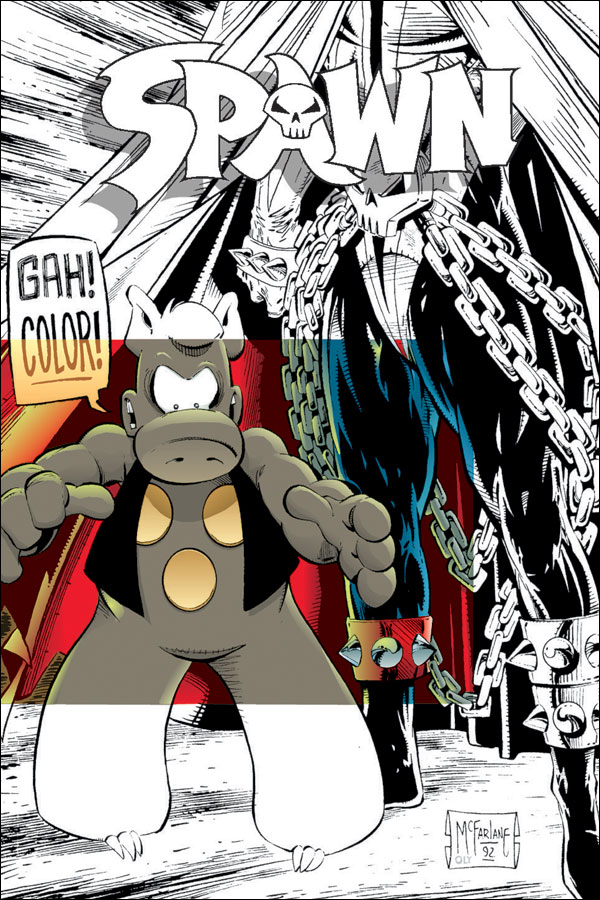