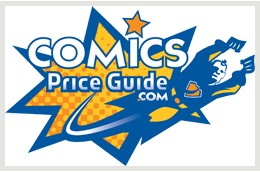 InvestComics.com and ComicsPriceGuide.com (CPG) have teamed-up to better inform collectors and serious investors regarding the comic book market and collectible field. At the heart of this partnership is the addition of a new weekly column, entitled “Comic Hot Picks” to CPG’s current line-up of news, as well as the input and market savvy of InvestComics.com into the CPG Comic Watch List.

“ComicsPriceGuide and InvestComics both have a multitude of diverse content on their respective sites. Joining together will be a win/win for collectors and comic fans alike,” said Jay Katz, CEO InvestComics.

InvestComics.com offers their users an investment-based look into the world of comic books. The site provides: information on short term and long term investing with historical information; the latest news; and trends to better educate their users.

“This is a great opportunity for the comic book market,” said Tom Gordon III, President of ComicsPriceGuide.com. “Jay’s love and knowledge of comics and his background in trading commodities on Wall Street bring a wonderful dynamic to the concept of investing in the comic book market.”

“I’m very happy that we are working with Jay Katz of InvestComics.com. This is a great addition to CPG and one of several we have been working on,” said Bryan Neely, Founder and CEO of ComicsPriceGuide.com.

For more information regarding this partnership, please visit www.comicspriceguide.com or www.trendingpopculture.com.

ComicsPriceGuide.com began in 1995 as a tribute to the memory of Tim Beck, who died of leukemia. Tim was a close friend of founder Bryan Neely. Initially the website was named Marvel World and featured data and related information exclusively focused on Marvel Comics.

Over the past 13 years, with the help of numerous collectors, fans, and comic aficionados, the site now known as ComicsPriceGuide.com has emerged as the online comic book community that it is today. The website includes hundreds of publishers and thousands of individual comic book titles. The site has integrated a wide variety of technology since being founded and was recently named by Apple as their featured web application of the day for the iPhone on February 25, 2008.

The company’s use of technology and its ability to preserve real sales data is ideally suited to meet the challenges of the growing and ever changing comic book marketplace.

InvestComics started as a magazine in 2006, but the first issue wasn’t released until June of 2007. The magazine was distributed as a free comic book Investment Guide throughout local comic shops in South Florida. It was also a giveaway on eBay for any winner bid to receive with their order.

Although the InvestComics web site was on line in 2005, it wasn’t until 2007 the web site became the main focal point and the magazine ceased. InvestComics wanted to start reaching a broader audience and began to rapidly expand. InvestComics became the “Entertainment” Investment Guide due to the influx of covering many areas in the industry and not just focusing on the Investment aspect. The expansion includes 15 different article sections and a staff of 11 Writers/Contributors and Technicians.

Today, InvestComics now averages more than 500,000 hits with 4,000 Unique visits per month and has continually grown since its main inception in 2007.  The web site is featured on numerous comic book affiliates (Comics Price Guide, Project Fanboy, Fan Film Follies, Heske Horror, Mark McKenna, Rob Jones, plus many more) and InvestComics will continue to expand in many markets in the near future.