Andy Diggle and Roberto de la Tour’s first issue of Daredevil is heading back to the presses.

Daredevil #501 Sells Out and Returns With A Second Printing!

Marvel is thrilled to announce that Daredevil #501 has sold out at Diamond (though copies may still be available at retail level) and will return with Daredevil #501 Second Printing Variant!  The red hot creative team of Andy Diggle and artist Roberto De La Torre take the reins of Daredevil and send him into deadly uncharted territory!  Matt Murdock accepts leadership of the murderous Hand ninjas, but does he follow through with the ultimate sacrifice they require?  Meanwhile, the Kingpin names a new lieutenant and begins his newest plan.  This is the perfect jumping on point for this critically acclaimed series!  Plus, this second printing features De La Torre’s stunning interior artwork on the cover!

Critics and fans alike are raving about Daredevil:

“I’m convinced that [De La Torre], like Diggle, was the right choice for Daredevil.  Daredevil #501 is a great start for the Diggle and De La Torre creative team.” – Greg McElhatton, ComicBookResources.com

“Diggle steps to the plate with some strong writing.  [De La Torre] adds a dynamic dimension to the book that’s been missing for some time.  Their new status quo is rich with promise, and they seem to have a strong grasp on the characters without being overly reverent. I’m ready for another exciting ride.” – Dan Phillips, IGN.com

“Daredevil #501 was a great issue to kick off Andy Diggle and Robert De La Torre run on this title.” – Comicbookrevolution.net

“Every page, every panel was well done. I’m really excited about this book. I think you will be too.” – Dante Amodeo, Aintitcool.com

Marvel urges retailers to check their orders on Daredevil, as the series continues to generate significant praise and immediate sell outs!  What exactly is the Kingpin planning?  How does Daredevil’s new role affect those around him?  Catch all the answers in Daredevil #501 Second Printing Variant! 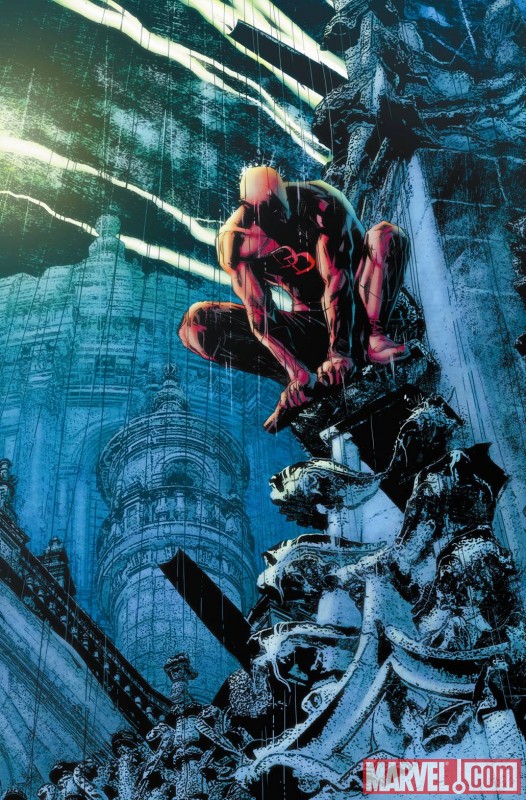