Once again, a Utopia book goes back to presses.  This time, it’s Dark X-Men: The Beginning #1.

Dark X-Men: The Beginning #1 Sells Out And Returns With New Printing!

Marvel is pleased to announce that Dark X-Men: The Beginning #1 has sold out at Diamond (though copies may be available at the retail level) and will return with Dark X-Men: The Beginning #1 Second Printing Variant! Find out how Norman Osborn recruited his Dark X-Men in this Utopia tie-in with three original stories! From all-star writers such as Paul Cornell, James Asmus, and Shane McCarthy, with talented artists Leonard Kirk, Jesse Delperdang, and Ibraim Roberson, this epic storyline sheds light on how the conniving Norman Osborn created his own mutant squadron. How will Osborn convince the imperial sea-lord Namor to side with his dark forces? And just who is the secret member of the team? Dark X-Men: The Beginning #1 Second Printing Variant features the vibrant interior art of Kirk, Delperdang and Roberson on a striking new cover!

“Overall, "Dark X-Men" #1 is the best kind of crossover tie-in…There’s a clear story being told, and a genuine need to tell it…Anyone already reading “Utopia” should certainly give it a look.” – James Hunt, ComicBookResources.com 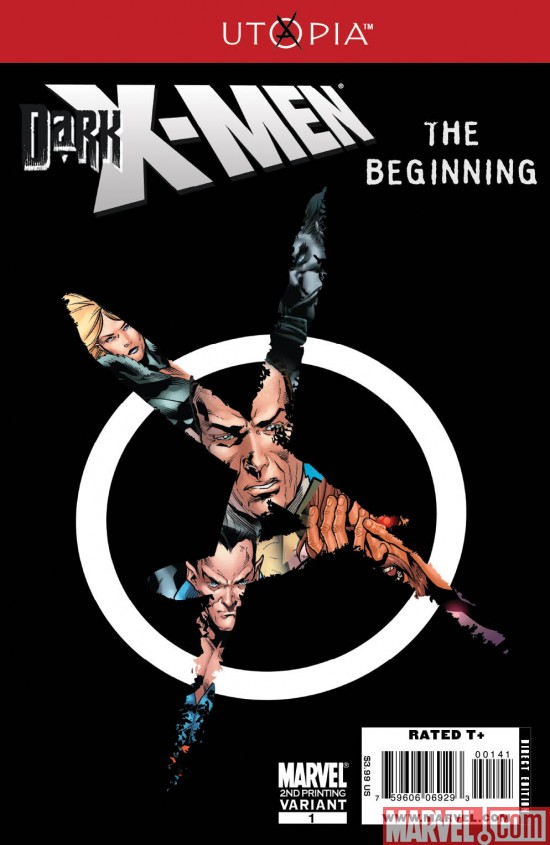