September 21, 2011 – Burbank, Calif., – Just in time for the start of its fourth season on September 23, critically acclaimed TV show FRINGE (Fridays 9/8c on FOX) debuted today a new digital comic series “Beyond the Fringe.” Created by DC Entertainment, written with series star Josh Jackson and featuring cover art by Drew Johnson, the first arc of “Beyond the Fringe” will explore key events that take place between seasons three and four on the show and will also explore a series of “what if” alternative scenarios.

“We received a great response from fans to previous ‘Fringe’ comics, and I’m especially excited to see their reaction to ‘Beyond the Fringe’ as we further integrate the story into the mythos of the show. And of course, we’re thrilled to be working with Josh Jackson in his debut as a comic book writer,” stated Hank Kanalz, senior vice president of digital for DC Entertainment.

The new series will alternate every two weeks between “A” and “B” storylines for a total of 14 chapters.  “A” storylines will explore events tied directly to the “Fringe” show canon, while “B” storylines will take a “what-if” approach and look at how things might change if certain elements are out of balance.  “Fringe” star Josh Jackson is on board to write “Peter and the Machine,” an arc comprising the first three “A” issues and which will detail events that take place in the timeline between what viewers saw happen at the end of season three, and the start of season four.

“Beyond the Fringe” is the third comic series based on the popular drama. New issues of “Beyond the Fringe” will be released every two weeks this fall at $.99 per download.  Issue #1 is available for download today online at read.dccomics.com or on mobile devices through the DC Comics app.

Premiering its fourth season on September 23 at 9pm ET/PT on FOX, FRINGE is an acclaimed procedural thriller that follows the Fringe Team as they investigate unbelievable events and mysterious occurrences linked throughout the world in pursuit of a larger, more shocking truth. The series stars Anna Torv, Josh Jackson, John Noble, Lance Reddick, Blair Brown, Jasika Nicole and Seth Gabel. Created by J.J. Abrams & Alex Kurtzman & Roberto Orci, FRINGE is produced by Bad Robot Productions in association with Warner Bros. Television. Abrams, Bryan Burk, Jeff Pinkner, J.H. Wyman and Joe Chappelle serve as executive producers, while Kurtzman, Orci and Akiva Goldsman are consulting producers. Additionally, Pinkner and Wyman serve as the series’ showrunners. Become a fan of the series on Facebook at www.facebook.com/fringe and follow the series on Twitter at @FRINGEonFOX. 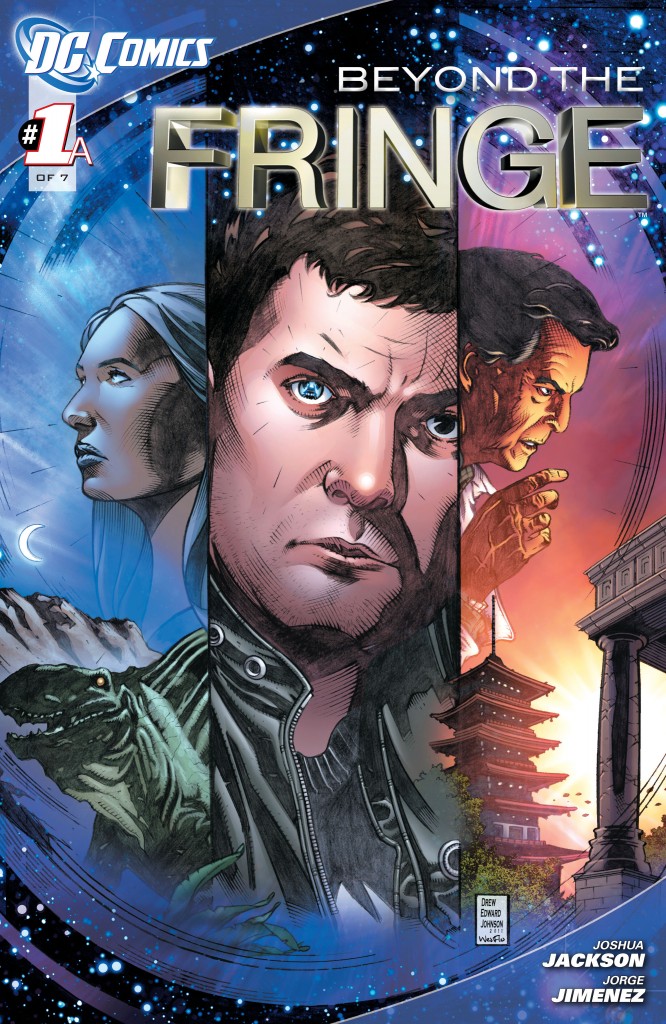 DC Entertainment, home to iconic brands DC Comics (Superman, Batman, Green Lantern, Wonder Woman, The Flash, etc.), Vertigo (Sandman, Fables, etc.) and MAD, is the creative division charged with strategically integrating across Warner Bros. and Time Warner.  DC Entertainment works in concert with many key Warner Bros. divisions to unleash its stories and characters across all media, including but not limited to film, television, consumer products, home entertainment, and interactive games.  Publishing thousands of comic books, graphic novels and magazines each year, DC Entertainment is the largest English-language publisher of comics in the world.