Herc and Wade seem to be a hit combination.  Just ask anyone.  Ask Fred Van Lente! 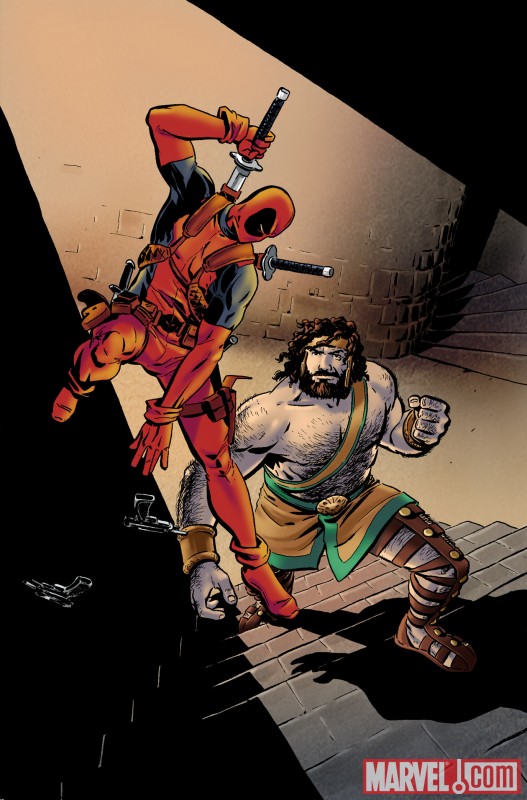 Marvel is pleased to announce that the very first issue of the brand new Deadpool Team-Up has sold out at Diamond (though copies may still be available at retail level) and will return with Deadpool Team-Up #899 Second Printing Variant!  In the premiere issue of this new ongoing series, New York Times best-selling author Fred Van Lente and rising star artist Dalibor Talajic weave a thrilling tale involving two of the Marvel U’s deadliest and most disorderly heroes–  Deadpool and Hercules! Nightmare and Arcade are on the scene to spoil the party, but can Deadpool and Hercules get it together enough to stop this threat?  It’s non stop action for this dynamic duo that no fan can afford to miss!  This second printing features the interior artwork of Talajic on the cover!

“This individual story is pretty much everything I could’ve wanted in a Deadpool spin-off…a very good first issue and I can’t wait to read more.” – Scott A. Williams, Comixtreme.com

“I ended up really loving this…dig in and enjoy.” – Patrick S., CoreBurner.Net

Marvel urges retailers to check their orders on Deadpool Team-Up, as the series continues to generate critical acclaim from all corners. You can’t miss Deadpool Team-Up #899 Second Printing Variant!